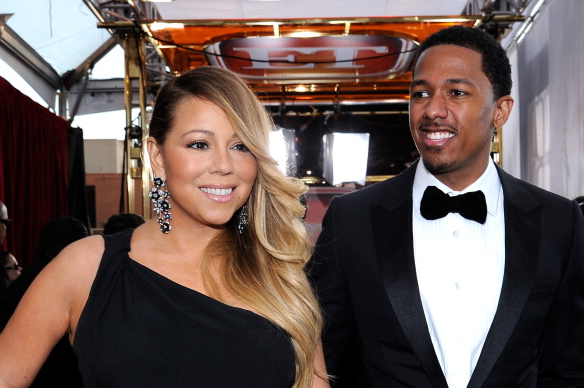 Did Nick Cannon Lie About His Struggles To See His Kids In ‘Divorce Papers’ Freestyle? Mariah Carey Calls Him Out!

Like a white kid from the mean streets of Oklahoma rapping about his struggles in the hood, it looks like Nick Cannon was also lying about his life to add more struggle and pain to his freestyle. Last week, the 35-year-old rapper/comedian/host released a new track titled Divorce Papers.

In the song, he talks about trying to visit his kids, “And now I can’t see my kids ’cause the government sucks,” he also dropped a line about how he hates labeling the time he spends with his kids as “visitation.”

It made everyone feel a little bad for the guy. Mariah Carey is known for her diva behavior, so no one bothered to question if Nick was telling the truth. We all just figured he was getting screwed.

But now the sources are coming out, and they claim Nick just wants attention. Sources who talked with TMZ say Mariah and Nick have been getting along “extremely well” since ending their marriage, especially when it comes to their children. Mariah has never told Nick he couldn’t see his children. Sources say he can come over and pick them up anytime he wants.

It’s important to remember that you can’t always trust these sources. Maybe both sides are stretching the truth a bit. One thing is clear, Nick needs to sign those divorce papers and move on. It’s been almost two years now.