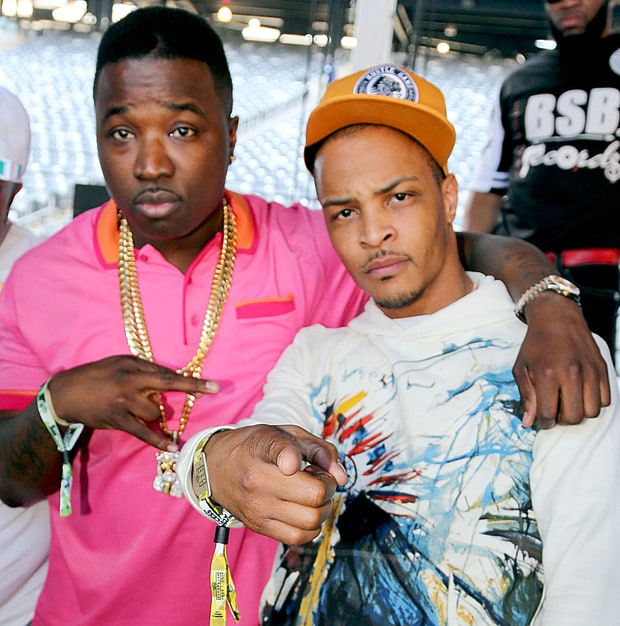 As you know we have been following this Troy Ave shooting closely.

My social media accounts were blowing up today with the news that Troy Ave will not be charged with murder.  I immediate thought, “Wow!  That’s good, now he can get his career back on track and start making that money”.  Right?

First things first: HOW DID HE BEAT THE MURDER CHARGE??

Troy Ave was caught on video that was literally all over the news firing a gun in the VIP section of Irving Plaza.  Then we posted a 2nd video taken in the green room, moments before he got the gun.  During all the chaos, his bodyguard, Ronald “Edgar” McPhatter was killed and Troy Ave aka Roland Collins, was shot in the leg.

Troy Ave insisted that he wasn’t the one that pulled the trigger, fatally wounding his own bodyguard.  Not even by accident.  His attorney quickly said that all of the accounts in the news that stated that Troy Ave shot himself in the leg were also false.  Troy then put out a mixtape where in the 1st song he describes exactly what happened.

“Pussy nigga tried to assassinate me, I took the gun, and turned the tables ’round like a G—R.I.P. my nigga, B-A-N-G.

THE RESULTS ARE IN

TROY…YOU ARE NOT THE SHOOTER! The police originally found a Kel-Tec PF-9 semiautomatic pistol in the minivan that dropped Troy Ave off at the hospital.  Preliminary ballistic tests matched the shell casings found in the club with that gun, but at the time they did not have the bullet fragments that killed McPhatter.

When enough evidence was made available from the fatal shots,  additional ballistic testing was conducted which ruled out Troy Ave’s weapon as the one that killed his bodyguard.  Troy did no murder his bodyguard.  That’s the good news.

I never knew you could be charged with attempted 2nd degree murder, so I had to do a little digging.

We all know that 1st degree murder is when it’s planned ahead of time and intentional or it’s the result of a vicious crime like rape, arson or armed robbery.

Get this…below is the example they give on the website where I found the information:

Going back to Adam and Bill, imagine that, instead of hitting Bill over the head with the tire iron, Adam grabbed his gun and fired in anger into a crowd of onlookers. Adam didn’t necessarily mean to kill anyone, but also didn’t give any thought to the harm that his actions could cause in the crowd. This demonstrates Adams depraved indifference to human life. If one of Adams bullets struck and killed anyone in the crowd, then Adam has probably committed second degree murder.

That video of Troy bustin off shots in the VIP room certainly looked like he had an indifference to human life.  His lawyer could argue that he was in an enraged state of mind as he allegedly just finished fighting for his life, but it will be a tough defense and it will cost him everything he’s made in his short career and more.

Currently Troy is being held without bail.  His attorney says that they will be asking for bail next week so Troy just might be home for the summer which is good because it may just be his last summer home in quite a while. The bigger question…who will be charged then with the murder?  So far Taxstone ain’t saying nothing.

Listen to his most recent interview; when asked about the Troy Ave situation, the guy who is known for talking so much had nothing to say.  Say what you want about Taxstone, he is no dummy.  Street sh_t belongs in the street.  Putting things in mixtapes and podcasts will only leave a trail right to your door.  There are plenty of people in jail for being wrongly accused so the further you can distance yourself from the situation the better.

CLICK To see the 2nd video of the Green Room Shooting where Taxstone can be heard yelling “shoot”.