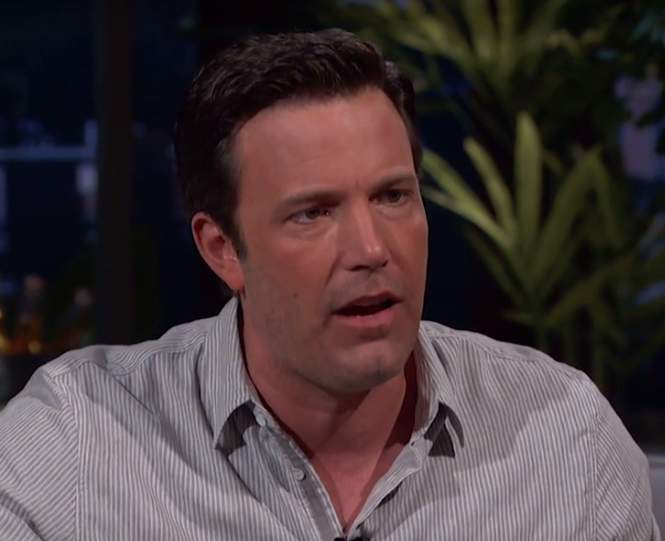 The 43-year-old actor/filmmaker went on Bill Simmons’ new HBO sports talk show, Any Given Wednesday. During the show, Affleck was asked about Deflategate, and he went on a 5-minute rant that featured more F-bombs than a film written by Seth Rogen.

Deflategate is the ultimate bulls–t f–king outrage of sports ever. It’s so f–king stupid that I can’t believe it. They gave him a suspension for a quarter of the season, which would be equivalent of suspending a baseball player for 40 f–king days—40 quarter days, to be exact. Which is what they do when you get busted taking steroids.

Not only was he angry about the suspension, but he also thought it was absurd that people were criticizing Tom Brady for not giving his cell phone to NFL investigators…

I would never give an organization as leak-prone as the NFL my f–king cell phone so you can just look through my emails and listen to my voicemails. The first thing they’re going to do is leak this s–t.

From there, he talked about how he had conversations with several pro football players, and they all agree with his position. And in case you haven’t figured out what his position is yet, it’s basically, “The NFL is worse than a teenager with the facial hair of Hitler and the voice of Nancy Grace.”

Also if you listen closely to the video at the top of the page, it certainly sounds like Mr. Affleck had been drinking…