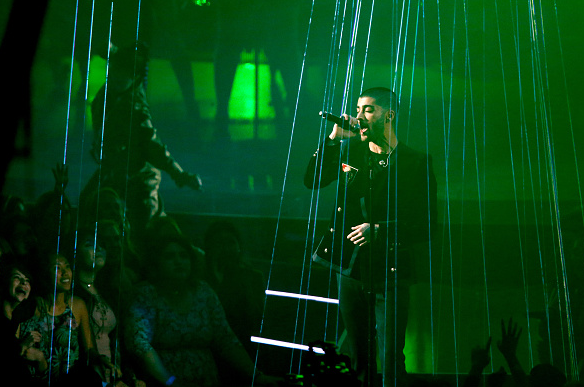 You Will Never Believe Who Told Zayn Malik To Leave One Direction…Seriously You Will NEVER Believe It! It pains me to write a title like that. Honestly. But for this article, it actually makes sense because how many of you guessed that an alien told Zayn Malik to leave One Direction? Yes. A freaking alien. An extraterrestrial being.

During an interview with Glamour magazine, the 23-year-old singer was asked about the first time he realized he wanted to quit One Direction and try out his solo career. And surprisingly, he replied with, “An alien spoke to me in a dream.’

The infuriating part about this is that he didn’t provide any details for this life-changing dream. We’re not sure if the reporter just didn’t ask a follow-up question (y not tho?) or if Zayn refused to answer. Either way, you can’t just mention that an alien told you to quit one of the biggest boy bands in history and then never talk about it again.

When he first left the group, he didn’t mention anything about an alien…

I’d like to apologize to the fans if I’ve let anyone down, but I have to do what feels right in my heart. I am leaving because I want to be a normal 22-year-old who is able to relax and have some private time out of the spotlight.

I apologize if that statement brings back some terrible memories for you One Direction fans. Life is painful sometimes though, it’s best if you get comfortable with the pain now.

Anyway, Malik did provide a few other interesting details during this interview. He revealed his first celebrity crush was the Olsen twins, “They’re the same, right?” he joked. He also claims the first person he calls every morning is his mom, and the first tattoo he ever got was in honor of his grandpa.

Zayn and his “mum”