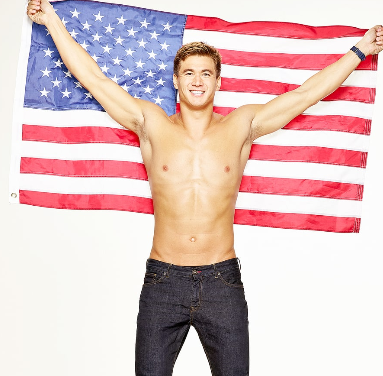 How Much Food And Sleep Does It Take To Be An Olympic Swimmer? Nathan Adrian Tells Us All About It… 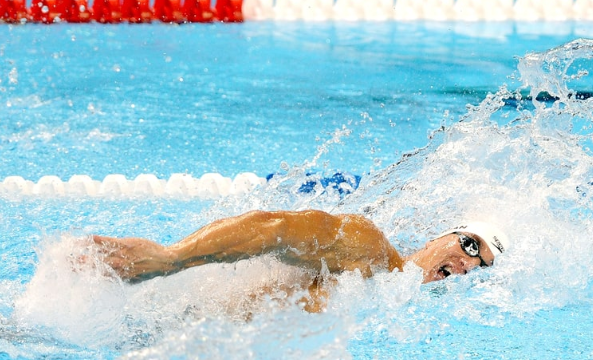 How would you like to eat six full meals a day (including bowls of cereal and other snacks) while also getting 10-12 hours of sleep a day? You’re probably licking your lips right now. It sounds like a fabulous life. Too good to be true, right?

Well, for the average person it is. If you just randomly bumped up your meals to six a day and slept for 12 hours, you’d probably start gaining all kinds of weight. But things are a little different when you’re an athlete training for the Olympics. Three-time Olympic gold medalist Nathan Adrian is constantly training, eating, and sleeping. He doesn’t have any time to catch Pokémon with you.

And that’s just phase one of his breakfast…

A classic breakfast is a full bowl of oatmeal and then a scoop of protein powder – that’s before practice. After practice I’ll have three eggs, two pieces of toast and an avocado.

After getting all that energy from the food, Adrian trains until it’s time to take a break for lunch. And yeah, he also eats two meals during lunch, “I’ll have another before-practice sandwich, and after practice I’ve been getting a lot of sushiritos.”

BUT WAIT, HE’S NOT DONE YET! Even though he’s already had 4 huge meals, he still has at least two more to go for dinner…

And then between after practice and nighttime … I’ll get, like, one big kind of meal or snack — like a big bowl of cereal — and then try to eat something like chicken, pasta and broccoli for dinner.

Pretty incredible stuff, but it’s not exactly surprising. We all remember hearing about Michael Phelps’ insane diet during his training days.

To me, Adrian’s sleeping schedule is more surprising than his diet. Olympic athletes truly do dedicate their life to this. When they are training for an event, they have no time to do anything else during the day. It’s training, eating, and sleeping.

At training camp I’ll sleep 10 to 12 hours a day because it’s eight-plus at night, and then a two hour nap between practices, and then whatever I can scrounge up later. It’s amazing. But, it’s very necessary.