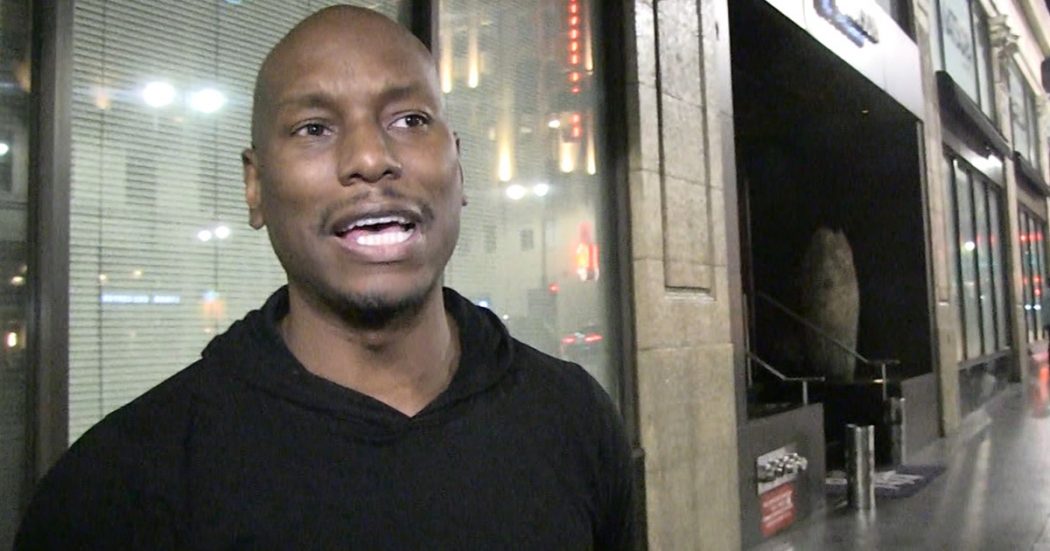 You can say a lot about Tyrese, but at the end of the day, I think he has good intentions.  His execution needs work, but his intentions, I do believe are good.  This incident is a perfect example of that; good intentions but just out right messy!

Yesterday Tyrese posted the promo picture from DJ Khaled’s new video “I Got the Keys”.  The photo prominently shows Jay Z, DJ Khaled and Future in the front.  He then went on a pseudo rant that seemed to chastise the artists, implying that they are not doing enough for the black community. They scheduled a video….. I hope they’ve scheduled other meetings about the state of black men and WHAT we need to do to change the shit that’s going on………

I’m scared for our future I’m especially scared of the most powerful black men and influential black men of our generation NOT finding time to take what’s really going on more serious and align our minds and powers to directly affect change…….

I pretty much know everyone IN this pic so this ain’t no sneak diss I don’t need the attention trust me I’m good…….

We get killed faster, we go to jail longer, we are also killing each other – a tap on the hand for raw cocaine and 20 years for crack cocaine, they legalize marijuana then give you 6 years in jail when you’re caught with a certain amount….

Even if you’re licensed to carry – #carrying while #black will get you killed even when you’re asked to SHOW your license…..

If #ALLLIVESMATTER this shouldn’t just be about what what “we” as black people are dealing with… Show up for me….

This is when I need YOU the most…. Don’t be my friend at your convenience…. Don’t call me “off the record” to check up on me…… This is a human race issue right?? Show UP for me……

This is HOW you directly affect change… The power is in the presence and in the numbers….

Now before we go further.  He makes the statement,

This very statement implies that he is not firing subliminals but direct hits to those in the picture.

THEN SOCIAL MEDIA GOES IN….

Let me explain how this works.  The first comments that roll in on Instagram are typically positive because these are the people that follow the celebrity so it shows up in their feeds first.  They are fans, often die hard because they too the time to looked up the celebrity and follow them.

Then…..the word gets out about the post.  Either it’s shared or some celebrity gossip site writes about it and then the haters flock to the post.  That’s when you start to get the real public opinion of what’s been posted.  That’s exactly what happened to Tyrese.  At first he was praised for putting up the post, then the real comments started to roll in, and they weren’t so nice.

ruthless_emperorRemove this post.. what jay has done, you cant do it.

spiritualwordYou mad you weren’t in the video.

_fuckyoopinionFacts! He thinks he knows these people like that because he’s probably crossed paths with them and/or had a 5 minute conversation! Lmao he has no idea what these people are doing behind the scenes and off social media! He’s an idiot! Smh! ?

m3fonzYou reaching still bro. If you know them you should’ve reached out.

mash145thYou should call them boss! You better than this! Messy

walter_crystalAm sure Tyrese wants peace but he’s here trying to paint others bad to make himself and he’s silly outspoken words better… . How those dat work?!

sir_victor__@tyrese is a proud loud mouth idiot. Don’t expect everyone to be like you “a kiss and tell mofo”

I think you get the idea. Shortly after the pos, TMZ posted and Exclusive story from Tyrese.  There was no video, just a statement of the following:

Tyrese wants to make it abundantly clear — he was NOT calling out Jay Z, DJ Khaled and Future as hip-hop stars not doing enough for their community … despite a post that seems that way.

The singer tells TMZ … his IG post was about all people of color needing to step up and come together — especially powerful men like Jay Z, who has the stage and voice to influence real change … like going to Congress to change gun and drug laws.

Tyrese tells us he’s going to reach out to Jay to come up with some kind of plan to help save black men from killing each other and winding up in jail.

Let’s see if it’s enough to keep Jay of his ass.  Obviously we don’t expect Jay –Z to take to social media to retaliate against Tyrese.  That’s not his style, plus fans are doing a great job of that already.  Why should he get his hands dirty.

Also, Jay-Z moves quietly, so even if he did come for Tyrese, we would never know it.  One day we would just wake up and be like, “Whatever happened to that kid from the Coke Commercial”.

Hopefully the end result will be some positive changes.