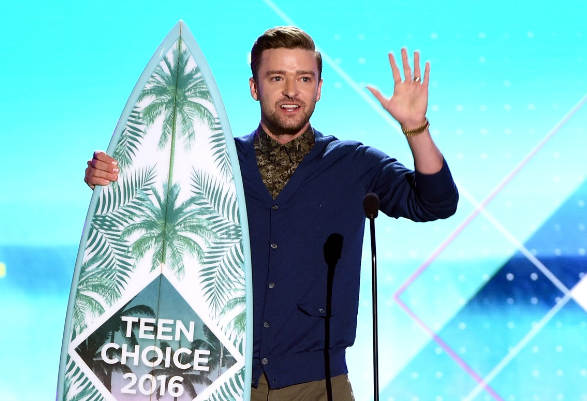 Every single year there is a celebrity who tries to make the most out of their time on stage at the Teen Choice Awards. They believe it’s their job to inspire the young audience. To give them all the motivation they need to be a better person tomorrow. They present them with all the lessons they have learned in life, and encourage them not to make the same mistakes.

We saw it a few years ago with Ashton Kutcher, when he talked about how hard he worked as a teenager for like five whole years. Congrats, Ashton. We’re proud of you. We’re sure washing those dishes for a few months was really difficult for you.

Anyway, this year it was Justin Timberlake’s time to shine. He was honored with the Decade Award at the award show, and during his speech, he tried to give the teens in the audience some life advice. Unfortunately, 85% of them were probably too busy screaming and/or wondering if Pitbull was going to end the show with one of his dope tracks, where he talks about f–king bitches in a zip code near you.

But still, we salute Timberlake for trying. He told the teens in the crowd to be nice to their parents, and then he talked about how much he learned from the greats before him. One example he gave was the late Muhammad Ali.

He shared three quotes to support the advice he was dropping. We have them for you below, and now that you’re armed with this information, we expect you to change the world. Go out and make it happen. It’s super easy.

1. “Don’t count the days, make the days count. Don’t think for a moment that what you do doesn’t count.”

2. “Service for others is the rent you pay for your room here on earth. Be generous, be kind. It’s not just the right thing to do, it’s the good thing to do.”