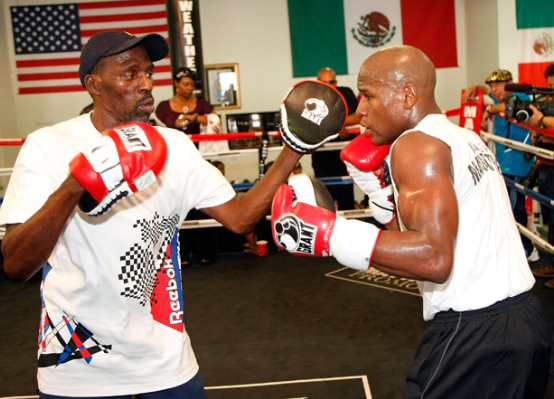 The Mayweather family had a huge scare this past weekend. Roger Mayweather, the uncle and longtime trainer of Floyd Mayweather Jr., went missing Saturday afternoon. The 55-year-old trainer and former boxer has reportedly been struggling with some medical issues and his family was extremely worried about him because he was without his medications.

He went missing Saturday afternoon, and he wasn’t found until early Sunday morning, which meant everyone in the Mayweather family was freaking out all night Saturday. According to the reports, one of the medical issues plaguing Roger is diabetes, which is why they were so worried that he was without his meds.

Floyd was on vacation with his kids in Toronto when this was going on. TMZ claims the boxer cut his vacation time short and is now on his way to check on his uncle in Las Vegas.

We’re told Roger is doing fine now, and he’s currently being monitored closely by his family. No one knows exactly where he went, but it’s something cops are trying to figure out. This is all speculation, but it’s possible he was experiencing some confusion related to complications with his diabetes and got lost on his way back home.

Hopefully his condition improves! We wish him all the best. Meanwhile, check out this family photo Floyd shared on his Instagram page before he was forced to come home early.

You’d think with all the money Floyd has, he could afford to purchase a better camera. Looks like this was snapped on a flip phone.