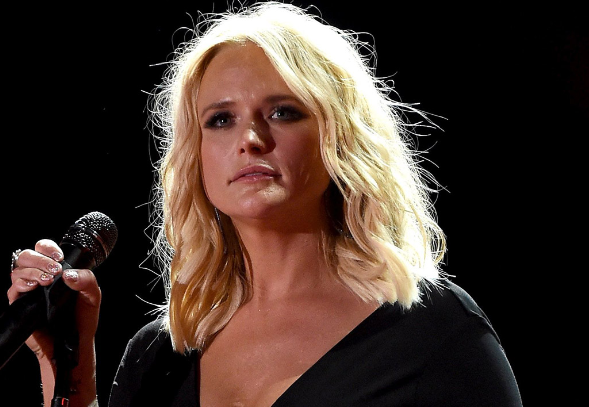 Miranda Lambert Breaks Down In Tears While Singing A Song She Co-Wrote With Blake Shelton, Watch The Incredibly Emotional Performance Inside! (VIDEO)

Miranda Lambert has made it clear throughout her career that she’s not afraid to be real with her fans. When you go to one of her concerts, you’re going to see the real Miranda. She’s a true artist, which means she doesn’t hide her bad days from her audience. Instead, she uses the bad day to elevate her performance. That’s exactly what she did during her concert in Illinois last Friday.

She warned the crowd that she had a rough night, and she informed them that she was having cramps and “feeling hormonal,” so they might have to help her by singing along with her.

They were up for the challenge. While singing the 2012 hit Over You, a song she wrote with Blake Shelton, she started crying. The fans picked her up by singing the rest of the song for her, which seemed to make her even more emotional. For those who don’t remember, the song was about Blake trying to process the death of his older brother. He died in a car accident when Blake was a teenager. Miranda was the one who recorded the song because Blake didn’t feel like he could record it himself.

The song obviously still means a lot to Miranda, but this wasn’t the only time she had to fight back the tears. She also started crying while singing her 2010 hit The House That Built Me.

As far as we know, Miranda is still enjoying life with her boyfriend Anderson East, so this was not some dramatic plea to Blake. It’s simply an emotional song, and as Miranda warned, she was already feeling a bit emotional.

Just two weeks ago, she shared this adorable photo on her Instagram. She captioned it, “Happy Birthday to my favorite ‘Bama’ boy! @andersoneast ❤️ ?:@bfluke #candidkisses #withtheband”