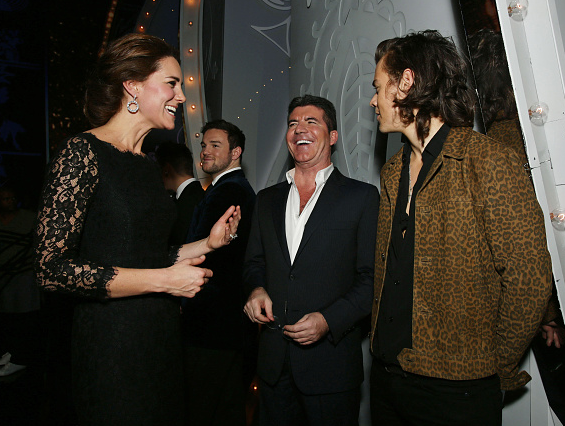 One Direction Fans, Here Is What Simon Cowell Is Saying About A Possible Reunion (HINT: IT’S NOT GOOD NEWS) You know when your father calls for you while you’re playing with your friends in the backyard, so you run to him with wide eyes thinking he has a present for you. But when you reach him inside the house he carries nothing but a certain sadness in his eyes?

And he gets down on his knees, puts his hands on your shoulders and says, “Daddy is going to the gas station real quick. I’ll be back for dinner. I promise.”

But you eat dinner by yourself that night, and every single night that follows. I have to imagine that’s how One Direction fans are feeling right now. When the band took their break, they tried to calm their fans down by promising they would be back.

No one returns from the gas station though.

As most of you know, Liam Payne was the latest member of the band to sign a solo record deal after Zayn and Harry started their solo journeys. Liam signed with Capitol Records in the United Kingdom, and it’s a deal that shocked and even annoyed Simon Cowell. The X-Factor/Hairy Chest 2016 award winner spoke to The Sun recently, and he had a lot to say about Liam’s deal.

It is a bit annoying if I am honest with you—mainly because it is another label who has now got your artist who you worked with for so many years. But that is the music business, unfortunately. I don’t think anyone else from the band will do that. We had spoken a lot—him and I—about what he wanted to do next. But I guess he read about Harry’s deal and thought we weren’t interested.

Simon later admits that he should accept a portion of the blame for not taking Liam more seriously. He claims he should have had more discussions with him, proving once again that communication is key in all the relationships you’ll have in life.

So what about Louis Tomlinson? Well, he might have a career in professional judging. He was a guest judge on America’s Got Talent recently, and his performance impressed not only NBC, but other networks as well.

Louis is a young guy and doing America’s Got Talent show was a great experience. The network liked him, the producers liked him. I wouldn’t be surprised if he has been offered a lot of other shows already.

AND FINALLY…WILL A REUNION HAPPEN? IF SO, WHEN?????

Simon admits a reunion tour or possibly even a record could happen, but it’s clear none of the members of the band are thinking about that right now.

I think there would be such an appetite amongst the fans for a reunion, whether it was a tour or a record. They are going to have successful solo careers—that is assured as much as it can be. I wouldn’t rule anything out. With these guys, I left the decisions up to them.

Basically, your father might show up on your 18th birthday to give you a Dollar Tree birthday card with a stick of gum and a few bucks inside.

But don’t expect anything more than that.