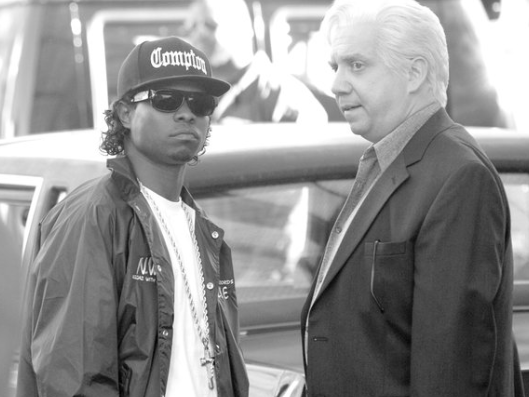 This time last year, Jason Mitchell was having the time of his life. He and his co-stars were traveling the world promoting Straight Outta Compton, soaking up all the positive reviews and the money. August 2015 was a great month for Mitchell.

But August 2016 might not be as great. Mitchell, who played Eazy-E in the film, is under investigation after allegedly attacking an 18-year-old girl inside a hotel in Boston. According to sources who talked with TMZ, the actor was hosting a party inside the fancy hotel on Sunday, and the place was jumping all the way ’til Monday morning.

That’s when cops were called to the hotel. The teenager claims the actor grabbed her arms, threw her to the ground by her hair, and then called her a bitch before running away. Apparently, the girl was trying to crash the party, and when she wasn’t allowed inside…she got extremely pissed. Witnesses on scene (who are probably friends with Mitchell) claim the girl was the aggressor. She allegedly slapped Mitchell before he put his hands on her.

Other guests in the hotel could hear the girl screaming for help down the hallway. Obviously, the hotel has banned Mitchell. Cops did speak with the actor, but he was not arrested. The victim told officers that it was her first time meeting Mitchell.

It looks like the investigation is still in the early stages, so the fact that he wasn’t arrested on scene doesn’t mean he’s in the clear yet. His rep hasn’t responded to any requests from the media. We will keep you posted if we hear anything else.