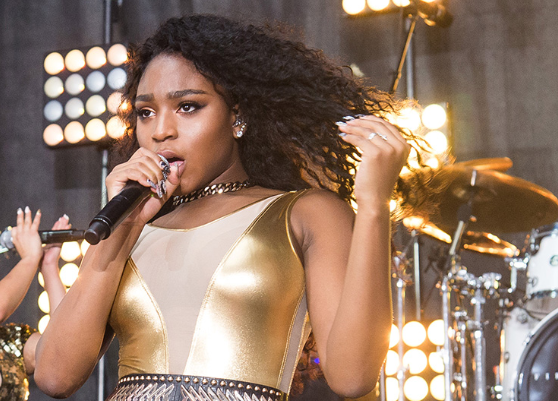 Fifth Harmony’s Normani Kordei Reveals She Is Leaving Twitter Because Of Racist Trolls, Celebs Come Out To Support Her! It looks like those racist trolls have won again. Last month, Ghostbusters star Leslie Jones took a break from Twitter after receiving several disgusting comments from online trolls. The good news is that she has returned.

The bad news is that those racist bullies have found another target. Fifth Harmony’s Normani Kordei announced this past weekend that she would be leaving Twitter because she’s tired of being bullied by “horrific” racist trolls.

She posted the message you see below on Saturday, “I’m not the first black female celebrity to deal with this and I’m sure I won’t be the last. I want to take this moment to say Love goes much further than hate in this world,” she wrote.

She explained that she has developed pretty thick skin throughout the last four years, and she usually doesn’t let negative comments get her down.

But this time it was different because the trolls were hitting her with racist comments, “I’ve never been one to deny anyone of their opinions, but over the course of this last week and especially over the last 48 hours I’ve not just been cyber bullied, I’ve been racially cyberbullied with tweets and pictures so horrific and racially charged that I can’t subject myself any longer to the hate.”

It appears this all stems from the awkward interview she had with an online blogger. People believed she was throwing shade at Camila Cabello when she described her only as “quirky,” which was a bit unusual because she had more meaningful descriptions for all the other girls in the band.

Since then, Normani has been dealing with all kindz of hate. The saddest part about it is that 50% of the hate is coming from Fifth Harmony fans.

Camila jumped on her Twitter account to let her fans know she doesn’t support the hate, “You don’t have to hate on somebody else to support me- I don’t appreciate it and it’s not what I’m about.. Be kind or move on.”