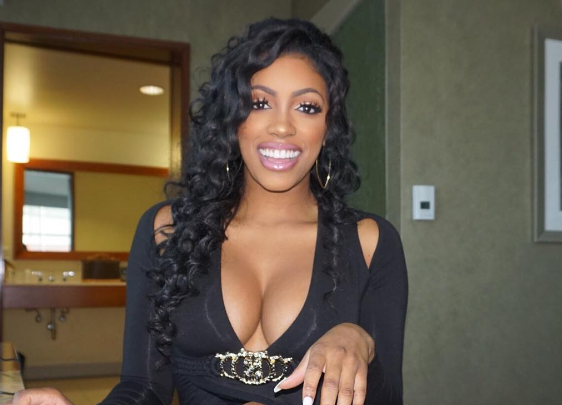 RHOA’S Porsha Williams Rushed To The Hospital After Collapsing In Parking Lot, Update On Her Condition Inside! There is a lot of fake drama following Porsha Williams around, but what happened on Monday was real, life-threatening drama. The 35-year-old reality star was walking around a parking lot in Atlanta when she fell to the ground and started gasping for air.

Several witnesses pulled out their smartphones and dialed 911 to report the medical emergency. Atlanta Fire and Rescue arrived at the scene a short time later and transported her to the hospital.

Updates on her current condition are scattered at the moment. One source claims Porsha is “doing OK,” but is still trying to recover fully inside the hospital. As some of you may know, this isn’t the first time Porsha has fainted. Back in March, she fainted on an airplane after suffering a scare with low blood sugar. We’re not sure if her blood sugar level had anything to do with this latest incident, but it’s something to watch out for.

We just did a check of her social media pages and she hasn’t posted anything since the incident, so we’re all still waiting on a solid update.

TMZ sources claim she might have collapsed because she hadn’t been eating, which was allegedly the case back in March as well. If that’s true, it might be time she gets some help. And if she doesn’t want to get professional help, she could at least listen to Bob Saget.

It ain’t worth it, Porsha.