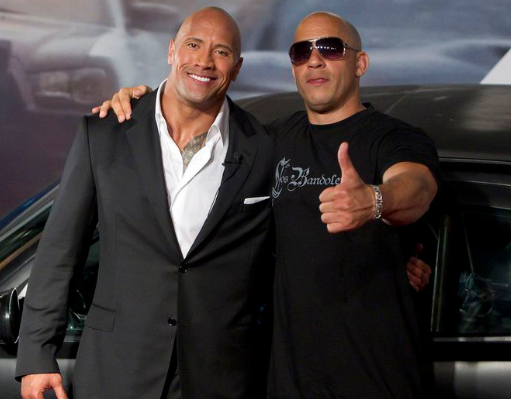 Vin Diesel Posts A Creepy And Cryptic Message On His Instagram, Promises To Tell His Fans “Everything” (VIDEO) You all know the story. Some serious drama went down on the set of Fast 8 recently after The Rock called out his male co-stars (specifically) Vin Diesel for being candy ass bitches. The timing of the social media rant didn’t make much sense considering filming was ending this week. He managed to keep his mouth shut for the entire production, why wait until the last week to say something?

That’s what his co-stars were wondering. Even Tyrese Gibson, who has no beef with The Rock, questioned why the actor waited so long to say something. Sources on set claim everyone was a little pissed at The Rock for telling the whole world about their private struggles.

On Wednesday, The Rock seemed to put an end to the drama by writing another message to his fans, “Family is gonna have differences of opinion and fundamental core beliefs. To me, conflict can be a good thing, when it’s followed by great resolution. I was raised on healthy conflict and welcome it. And like any family, we get better from it.”

Reading that, it sounds like they all talked it out and everything is a-okay now. But late last night, Vin Diesel posted this creepy ass video to his Instagram account. He starts out talking about how his daughter learned a new word while he was gone, and then his tone changed dramatically, “All right so give me a second and I will tell you everything. Everything.”

Check it out below…if you dare.

Dude looks like he needs to take a 10-day nap. We’ll update this post if/when he uploads another video explaining EVERRRRRRRYTHING!