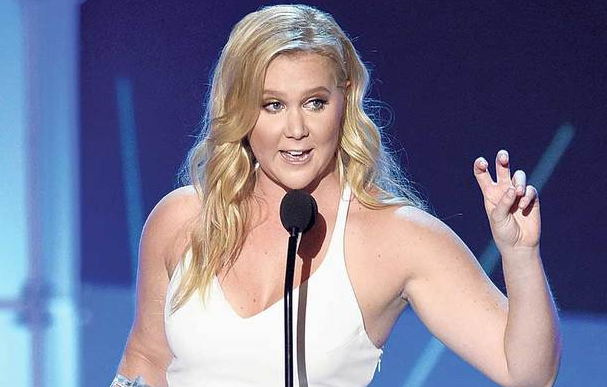 Amy Schumer’s Ex-Boyfriend Threatened To Kill Her With A Butcher’s Knife: “I Was Sure He Was Going To Kill Me”

Welcome back to another episode of, “Wow…Men Suck!” Please grab your favorite snack and get comfortable, because this episode is a doozy. We all know Amy Schumer as the funny girl who will say and do anything for a laugh. It’s been a difficult year for her. She has been accused of stealing jokes multiple times and has been forced to defend herself and her Comedy Central show.

But that fight is nothing compared to the one she was fighting. The 35-year-old comedian released her memoir, The Girl With the Lower Back Tattoo, this week, and it’s filled with humorous stories, but there are also some painful memories sprinkled in.

One of those memories being the time she had to protect herself against a physically and emotionally abusive boyfriend. She writes in the book that he would often leave her with bruises all over her body. She remembers one particularly terrifying night when her ex-boyfriend shoved her onto the hood of a parked car, and then chased her home.

Once inside, he grabbed a knife and threatened to kill her…

I was screaming for him to stop, when he grabbed a butcher knife from a drawer. And that’s when I was sure he was going to kill me. It may sound cliche, but I saw my life flash before my eyes. It can happen to anyone. You’re not alone if it’s happening to you, and you’re not exempt if it hasn’t happened to you yet.

The good news is she managed to escape. She’s no longer in the abusive relationship. In fact, she has found herself a new boyfriend (Ben Hanisch) and they’re reportedly extremely happy together. She talks about how she met him online, and remembers feeling like everything was going to be okay when she first saw him smile at her…

We sent each other very simple hellos and short, funny messages … When we met, we smiled at each other and in that moment, everything felt right.

If you’d like to read the full book, you can click on this link to check it out.