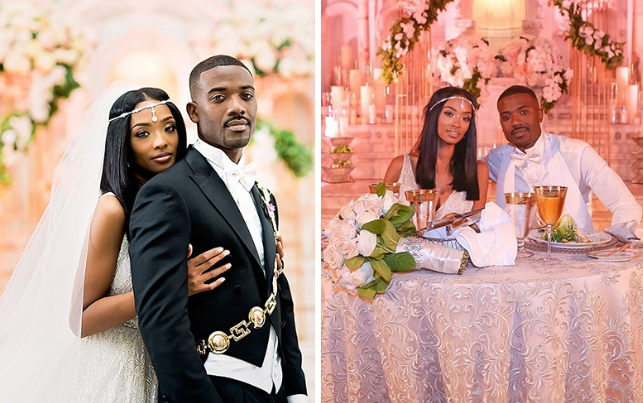 Brandy Has Still Got It! Listen To Her Sing ‘At Last’ During Ray J And Princess Love’s First Dance (VIDEO)

Ray J put those bizarre Malia Obama rumors behind him last week, and this past weekend he married the love of his life, Princess Love.

The wedding was beautiful, and the ‘Love & Hip Hop: Hollywood‘ camera crew was right there to film the entire thing, so we’re sure we’ll be seeing more clips from the wedding in the future.

We were also able to troll Instagram and snag some great photos from the event: But for now, we’re going to focus on the only video that matters: Princess Love and Ray J sharing their first dance together.

Naturally, you’d expect them to be the stars of the video, but Ray J’s big sister Brandy stole the show.

She performed At Last during the first dance, and she absolutely nailed the performance. Even Ray J and his new bride had to stop dancing a few times just to take it all in.