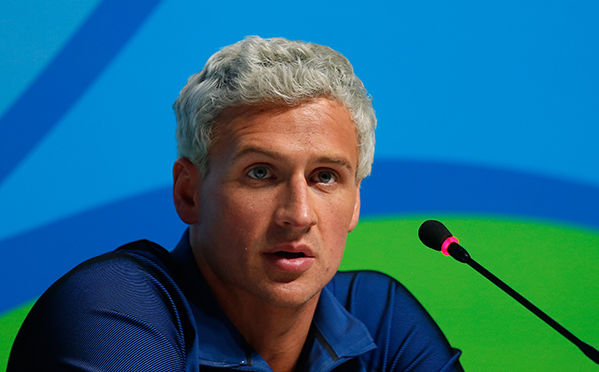 Ryan Lochte Is An American Idiot, Could Lose Millions After He Lied About Being Robbed At Gunpoint In Brazil

In a lot of ways, young kids in America should look up to 12-time Olympic champion Ryan Lochte. The 32-year-old can’t tie his own shoes, but he’s still worth millions (at least he was) and that’s something his family should be proud of. He thought long and hard to himself, “What job can I do without shoes?” and that’s when he decided to become a swimmer.

And after years and years of hard work in the pool, Mr. Lochte showed off his talents and made a name for himself in the 2008, 2012 and most recently 2016 Summer Olympics. His success in the games earned him fame back at home, which resulted in endorsement deals worth millions of dollars.

But now he might lose it all because he stepped out of his idiot comfort zone. He tried to lie on a global scale, and that’s just not something an idiot can do. You all know the story by now, Lochte claimed he and three other swimmers were robbed at gunpoint while in Rio de Janeiro. He gave this dramatic interview to NBC, detailing how the robber placed the gun against his forehead.

It was all a lie though, and apparently he and his cronies were the only ones causing problems. They were involved in a fight after vandalizing a gas station bathroom. Of course, it’s difficult to be too upset with Lochte here, because at least he has figured out how to use a bathroom now. You’ll remember several years ago he was fined for public urination in Florida.

According to the reports, this ridiculous Rio scandal could cost him $5-10 million in future income. He currently has deals with Speedo, Airweave and Ralph Lauren, but he could lose those contracts once it’s proven he lied to police about being robbed.

And even though Lochte and his lawyer have (so far) refused to admit he made the whole story up, that will likely be changing soon. The Hollywood Reporter revealed that he has hired “high-powered crisis publicist” Matthew Hiltzik to help with his admission. This is the same publicist who worked with Justin Bieber and Alec Baldwin.

But for Lochte, it might be too late to say “I’m sorry.”