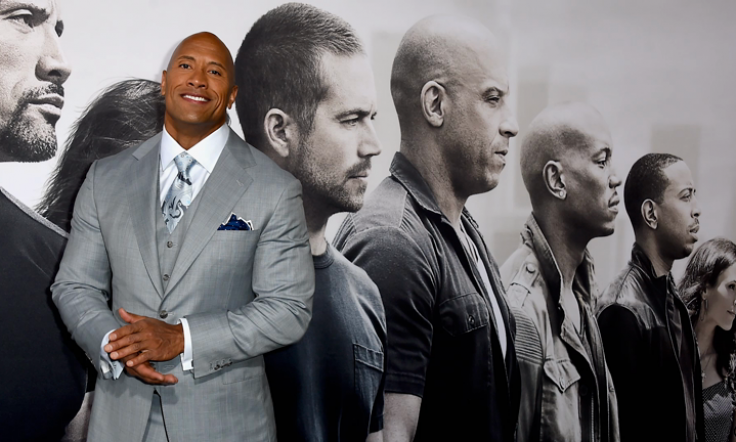 The Rock Throws Shade AGAIN at Vin Diesel in New Lengthy Post, As Details From the Production Crew Reveal that Vin Diesel’s Ego Really Was Out of Control. I’m actually starting to think this beef is a lot more authentic then I gave it credit for.  If it wasn’t real, then the last two things that happened probably wouldn’t have happened.

What the hell am I talking About?

Don’t worry, I will provide a super quick recap because I know we all have the attention spans of a fly these days not to mention the fact that you are probably reading this on your cell phone.  Don’t worry I’m just as bad as you guys, my attention span is even shorter and I’m writing this on my cell phone!

If you don’t need a recap, don’t care about the old post or the Vin Diesel creepy video response then click here to the next page and just get the new stuff.

For those who are new to this beef, let me help you out…

Last week, The Rock fired subliminals at Vin Diesel in an Instagram post where he called cast members “Candy Asses” but didn’t mention anyone by name.  No one was happy about that, Tyrese spoke up and then The Rock, at the coaxing of Universal Studios, sent out the post below to try and  patch things up  a bit. My FINAL WEEK of shooting #FastAndFurious. There’s no greatness ever achieved alone.. it’s always a team effort. We promised an epic prison break out for you guys and we delivered. HUGE THANK YOU to my ohana (family) stunt coordinator JJ Perry and his bad ass fearless stunt team – as well as my cousin and incredible stunt double @samoanstuntman. Thank you team for the willingness to “die hard” and drop your blood & sweat daily for our movie. #MyStuntBrothers #Loco4Life You guys reading this know how much I believe in the idea of TEAM EFFORT. That means respecting every person, their time and their value when they step on to my set or partner with our production company. And like with any team – that’s a family – there’s gonna be conflict. Family is gonna have differences of opinion and fundamental core beliefs. To me, conflict can be a good thing, when its followed by great resolution. I was raised on healthy conflict and welcome it. And like any family, we get better from it. At the end of the day me and #F8 co-stars all agree on the most important thing: Delivering an incredible movie to the world. #Fast8 #IcemanCometh #FamilyGrowth

That’s when I thought things were not as phony as I originally believed.  This wasn’t just a publicity stunt.

My respect for The Rock dropped just a little bit, because it appeared he was back tracking, and if the beef was fake, I don’t think he would have put this post out to try and fix things because it only made him look bad.

Vin Diesel posted this creepy cryptic message telling his fans that he would reveal EEEVERRRYTHINGGGG… We are still waiting.  Here is the creepy video.

After the feud went viral, reports quickly began to surface that Vin was acting like a spoiled little….(Read More)