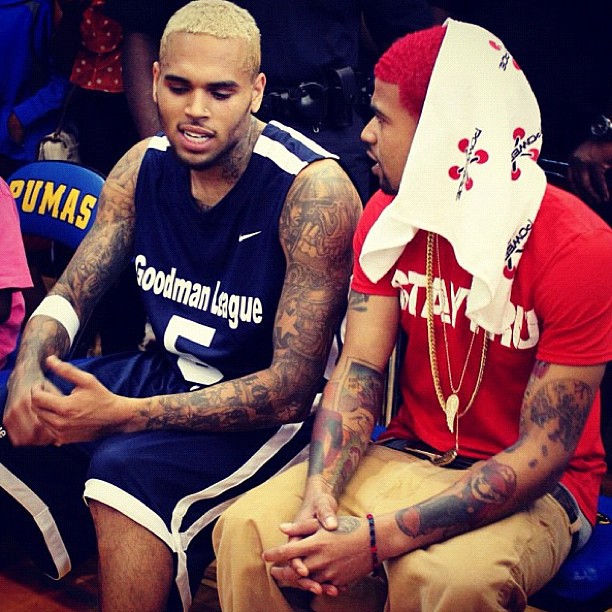 Wonder Why No New Chris Brown News? Kid Red “Confirmed” as TMZ Snitch; Sold Stories But Has Now Been Outed From Brown’s Camp! If you are wondering how come Chris Brown hasn’t been getting into any trouble lately or hasn’t been on any new drugs; it’s because he has plugged a pretty big leak in his camp.

This story broke a couple of weeks ago, but it was more rumor than truth, therefore we stayed away, as most credible media outlets have.  Now we have more information that there really was a leak and who people and sources think who that leak was. For those who really follow Chris Brown, you know that Kid Red has been just about everywhere that Chris has been over the last couple of years.  He used to hang out with The Game when he was younger and since being outed by Brown, he’s back to hanging out with Bow Wow.  Yeah..he’s that guy’ an “aspiring” artist.

Those of you might remember 4 years ago, when he tried to take a girls clothes off on stage and then pushed her off.   Here’s the clip ( we have been so desensitized. 4 years ago, this was horrifying.  Today it’s “Meh”)

Now you know what kind of D-bag we are talking about.

When Chris’ house got robbed last year; that’s when Kid Red showed up as a problem on everyone’s radar.  Chris had just moved there, so only a few people knew where his house was.  His Aunt was held up at gunpoint and forced into a closet while the burglars hit the safe for $50,000 and took some of Chris’ belongings including his computer, which had unreleased music on it.

That’s when fans  knew that KidRed was a problem.   When Hollywoodlife wrote the story, one fan commented,

Chris is so STUPID! Why he is so damn trusting of his leech a$$ gang member friends to stay at his house while he’s out at his single release party?
It’s beyond obvious that Kid Red set him up, CB just moved into a new 4million dollar home and the only people who have been there are Red, Wackstar & his other gangster “friends”.

Chris’ mom even sent out a subliminal….(Read More)