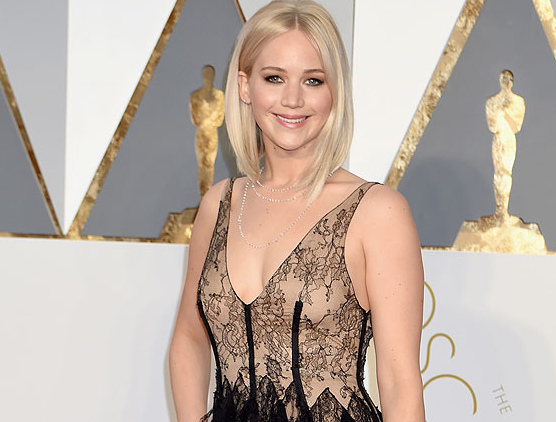 Forbes Releases 2016 Highest Paid Actress List, And Yes Jennifer Lawrence Is Number One Again…Find Out How Much She Made! How much money will you make this year? Not enough, right? I’m pretty sure there are some wealthy kids out there who will make more than me just from doing chores. The world is a strange place, and by strange I mean terribly depressing.

Forbes released their annual ranking of the highest-paid actresses, and for the second straight year, Jennifer Lawrence grabbed that number one spot. Last year, she brought home around $52 million. Her total dropped to a paltry $46 million this year, which has to be super upsetting for the actress. Just think of all the things she could buy with that extra $6 million.

According to the report, most of that $46 million comes from her final performance in The Hunger Games, as well as her massive fee for the upcoming movie Passengers with Chris Pratt.

And even though her earnings did drop from 2015, she’s still making over $10 million more than the second actress on the list. Melissa McCarthy came in second with $33 million, thanks to her successful clothing line and the money she made from the Ghostbusters remake.

Scarlett Johansson grabbed the third spot with $25 million after reportedly landing a ridiculous $17.5 million deal to star in the upcoming Ghost in the Shell film.

There were also a few non-Hollywood actresses who made the top 10 list. China’s Fan Bingbing earned $17 million and Bollywood’s Deepika Padukone grabbed the number 10 spot with an impressive $10 million year.

You can check out the full top 10 list below. The list of highest paid actors will be released later this week.