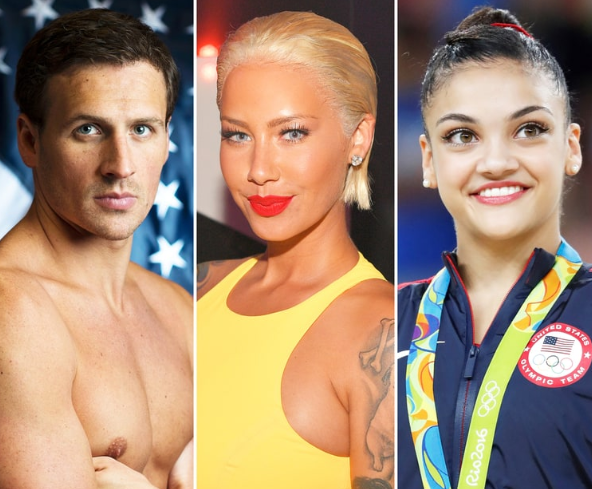 Cast For Season 23 Of ‘Dancing With the Stars’ Is Revealed, And It Might Be The Strangest Group Of Celebs Ever!

For some reason, people still love to watch celebrities dance on television. Even after 22 seasons, the show is still pulling in great ratings, and this upcoming season will have the same amount of success. Honestly, it could be more successful because the list of characters for this 23rd season is ridiculous.

The full cast was revealed today, and a few of the names really stand out. Names like Ryan Lochte, Rick Perry and Amber Rose. Why is Rick Perry joining Dancing With the Stars? We have no idea, but we’re willing to bet he won’t last long. The dude has trouble counting to three. Does anyone really believe he’ll be able to master complicated dance moves?

And then there is the Ryan Lochte addition. A borderline alcoholic and a compulsive liar, who probably believes Homer Simpson is a real person. He claims he’s joining the show to put the Rio scandal behind him, but we all know he’s doing it for the money.

I’m definitely really excited. This is completely new for me. I think it’s time for me to hang up my speedo and put on my dancing shoes.

So who else will be on this season? Check out the list below…

As always, the dancing show has done a great job of selecting celebs for everyone in their audience. You got a retired NFL player, race car driver, Olympians, country singer, rapper, reality star, politician, and a former Disney star for the younger crowd.

Should be another exciting season.