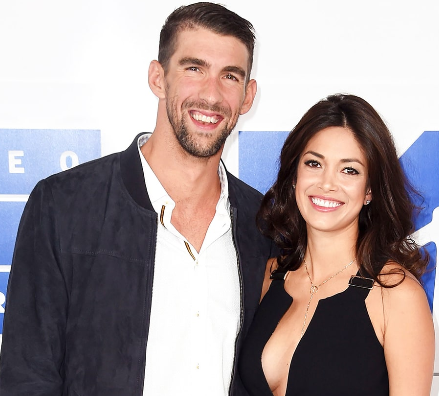 It seems like the whole world (or maybe just the US) loves Michael Phelps. He’s the most decorated Olympian of all time with 28 medals, and 23 of those medals are gold medals, which is also a record. He’s a freak. He’s our freak, but apparently he’s also a douchebag sometimes.

Former Miss California Nicole Johnson had been dating Phelps on and off for eight years before they announced their engagement in 2015. And even though they are now happily engaged with a little 3-month-old son named Boomer, Johnson admits there were times when she hated the 31-year-old swimmer.

There definitely were times, and I think Michael would say the same thing, where I hated him. We were at odds at times. Even when I loathed him, there were still times when I was like, ‘God, I wish I was with him.’

And then God was like, “Gurl, plz. A family of four in New Jersey just died in a house fire. You think I got time to worry about your relationship problems?”

But really, there was nothing ~juicy~ behind their fights. They both had busy schedules, and even though she didn’t come right out and say it, we imagine Phelps had been pressuring her to settle down with him for a long time.

Johnson also mentioned that one day she might focus on her career in hosting again, but right now she’s only concerned with being the best mother she can be, “Right now my main priority is being a wife to Michael and Boomer’s mom.”

Hm. Well. Uh…good for them? I’m not sure if I should send my congratulations or my condolences.