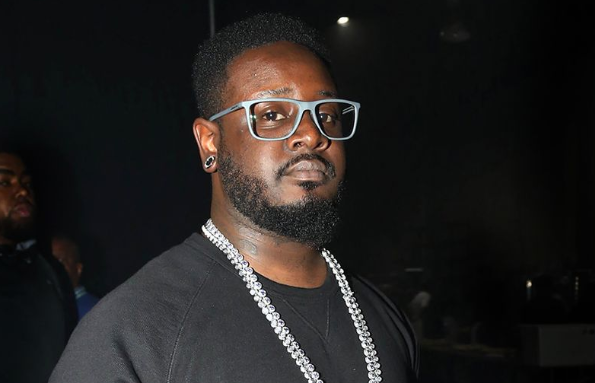 Some terribly sad news to report today. Javona Glover, the 23-year-old niece of T-Pain, was stabbed to death while working at a Walgreens in Tallahassee, Florida. The incident happened at around 10 in the morning on Tuesday.

Police were called to the scene at 10:15 a.m., and were informed that Glover had been stabbed and was losing a lot of blood. Paramedics rushed to the store and tried to save her, but it was too late. To make this situation even worse, Glover has a 2-year-old daughter.

Not long after T-Pain heard about the gruesome murder, he went on his Twitter account to ask his followers for help, “The police are still lookin for the coward ass n—a that just killed my niece at Walgreens in Tallahassee. If you got info pls help us out! Thank you everybody for the support.” It looks like that tweet, along with security camera footage from the store, has helped police identify the suspect as 25-year-old Tavon Q. Jackson. They have secured a warrant for his arrest. Last report we heard, they were still trying to track him down.

Glover’s aunt, who did not want to speak on camera, told reporters that Glover was a beautiful person. She had just seen her on Monday…

My niece was my everything. That was just like a daughter to me. I’ve always been in my niece’s life. I love that girl. How you kill a innocent person like her? Whatever you were feeling — that’s crazy man. Like, you took my niece.

T-Pain posted the image you see below to his Instagram account late last night. You can see Javona spending time with her daughter. Our thoughts and prayers go out to her family…especially her little girl.