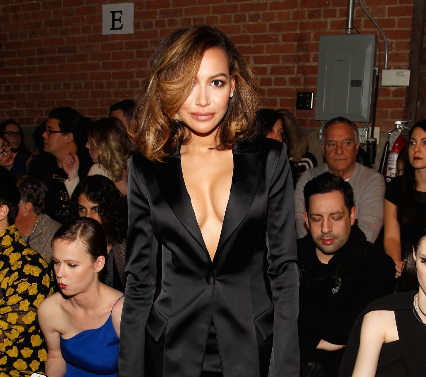 Naya Rivera Opens Up In New Book, Says Her Breast Implants Were The Best $8,000 She’s Ever Spent

It seems like all celebrities are releasing memoirs now. It doesn’t matter how young they are, which I suppose makes sense. A normal person probably wouldn’t have much to say after just 29 years of living, but that’s not the case for celebrities who grew up in Hollywood like Naya Rivera.

The actress, best known for her work on Glee, is opening up completely in her upcoming memoir titled, “Sorry Not Sorry: Dreams, Mistakes and Growing Up.” The book is scheduled to be released on Sept. 13, and it looks like it might be worth the $19.99 price tag.

In the book, she talks about getting an abortion during Glee, struggling with anorexia and getting breast implants when she turned 18-years-old. She was still in high school at the time and had some money saved up from her roles on The Royal Family and Family Matters, so she decided it was time to treat herself.

I went around to all my teachers, told them I was going to be out. I’m getting plastic surgery!’ I’d tell them gleefully. My new boobs were a confidence thing, not a sexual thing. I’d never even taken my top off for a guy. I hadn’t had many opportunities to do so, but even if I had, my bra was always stuffed with napkins.

And since guys are simple, predictable creatures…you can probably guess what happened when she returned to school following the surgery.

“As soon as I went back to school, [the boys] all practically fell over themselves rushing to see who could hold the door open for me,” she remembered. But as she mentioned above, she didn’t do it for the attention. She did it for herself, and now more than 10 years after getting them, she still has zero regrets: “It might have been the best $8k I’ve ever spent.”

Should be an interesting read, especially for those of you who are already fans of Rivera.