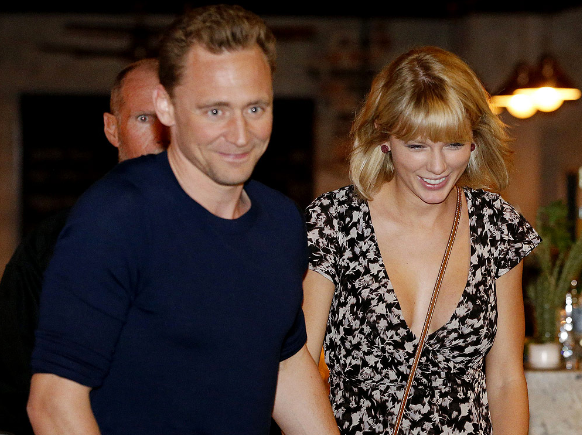 Taylor Swift And Tom Hiddleston Are Over, And We Have To Ask…Does Anyone Freaking Care? It’s starting to look like Taylor Swift might be a genius. I think I finally see what she’s doing. She’s not falling in and out of love 10 times a year because she’s weak and afraid of being alone like most people think. She’s doing it so we no longer care about her relationships.

Two years ago, a breakup involving Swift would be front page news for weeks, and everyone would be waiting to see if she wrote a song about it on her next album. But now? It’s just a Wednesday. Swift’s summer fling with Tom Hiddleston is reportedly over, and no one really gives a Carson Daly about it. That doesn’t seem likely though. Back in June, when their relationship was super fresh, a reporter asked Hiddleston about the relationship, and he did not want to answer any of the questions. If he had been basking in the light of a thousand Swifts, he probably wouldn’t have been so quick to get away from the reporter.

Although, the 35-year-old actor did open up about his relationship to The Hollywood Reporter, “Look, the truth is that Taylor Swift and I are together, and we’re very happy. That’s the truth. It’s not a publicity stunt.”

So who knows what really happened. Maybe it was simply a case of too much, too soon. They were meeting each other’s families just a few weeks into the relationship. They probably pushed things too hard. They will survive, but it will not be easy.

Our thoughts and prayers go out to their friends, family and pets.