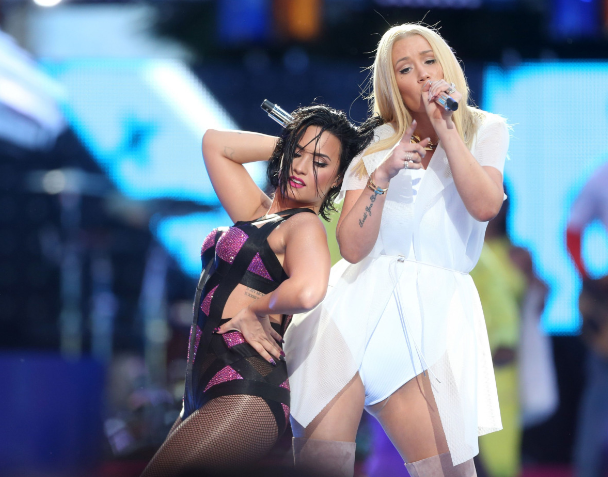 As most of you probably know by now, Selena Gomez announced she was taking an extended vacation to rest her body and mind. It’s been a little over a year since she revealed her lupus diagnosis to her fans. The disease has forced her to take a break once before, and it looks like it’s flaring up again.

She released a statement to her fans a little over a week ago, “I’ve discovered that anxiety, panic attacks and depression can be side effects of lupus, which can present their own challenges,” she explained.

And then she talked about how she wanted to be proactive with her treatment. She doesn’t want to push herself and wait for something terrible to happen. She wants to slow down, listen to her body and take some time to heal.

I want to be proactive and focus on maintaining my health and happiness and have decided that the best way forward is to take some time off. Thank you to all my fans for your support. You know how special you are to me, but I need to face this head on to ensure I am doing everything possible to be my best.

Sadly, this means she had to cancel part of her Revival World Tour in South America and Europe. All shows scheduled into mid-December have been canceled.

This includes her upcoming gig as a headliner of the 2016 Global Citizen Festival later this month. Obviously, fans of the 24-year-old singer were disappointed, but they shouldn’t be too upset.

Demi Lovato announced she will be taking Selena’s place. She told People magazine the following…

The Global Citizen Festival combines music and activism in a way that inspires and affects millions around the world. I am proud to support this amazing organization’s ongoing efforts to improve global healthcare and to end extreme poverty.

Lovato won’t be the only star at the festival. Rihanna, Kendrick Lamar and Metallica will also be going on the main stage to perform their hit songs.

And if you can’t get a ticket to this huge event, it will broadcast live on MSNBC and the network’s YouTube channel on Sept. 24.