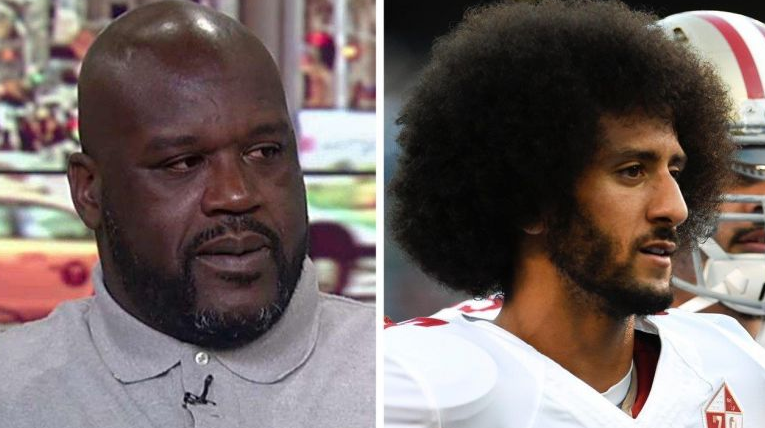 Shaq Does Not Support Colin Kaepernick’s Anthem Protest, Laughs It Up With ‘Fox & Friends’ Crew (VIDEO) It looks like Shaquille O’Neal has made some friends…some Fox & Friends. The four-time NBA champion, who will be inducted into the Basketball Hall of Fame on Friday, joined the co-hosts of the show on Fox to talk about what life is like as a giant.

And of course, since Shaq is an African-American (as Fox News points out), they had to ask him about Colin Kaepernick’s anthem protest. If you have no idea what we’re talking about, you can click on this link to read all about it.

He explained that he couldn’t support Kaepernick’s decision, and admitted it’s something he would never do because his father was a military man and he has uncles in law enforcement, which doesn’t make much sense.

I have a cousin who works for Olive Garden, but if my House Salad started randomly shooting black customers, I’d be like, “Hey, man. I don’t think I can support this salad. It’s killing innocent people. Can you take it back and get me a new one?”

How basic can your arguments get, Shaq? WHY START DOING ANYTHING…EVER? WHY DOES ANYONE EVER CHANGE THEIR MIND? WHY SHOULD WE LEARN FROM OUR MISTAKES? WHY SHOULD WE STRIVE TO BE BETTER TODAY THAN YESTERDAY?

Let’s all be average.

Watch the Big Man Yuck it up with the “Man”.