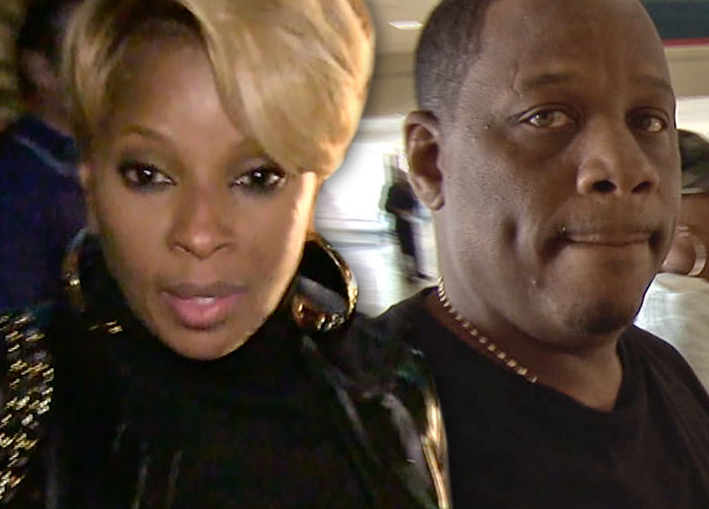 Mary J. Blige’s Divorce Is Getting Ugly, Estranged Husband Is Going After All Her Money! Back in July we all saw the reports. After 12 years of marriage, Mary J. Blige decided to file for divorce. She and her husband Kendu Isaacs just couldn’t work things out, and she was the one who ended up pulling the plug.

As expected, she cited “irreconcilable differences” as the reason behind the divorce. They later said that sometimes “things just don’t work out,” which sounds more like something one would say after burning a few cookies in the oven, but we knew the two have had problems for a loooong time.

Their relationship has been in the news often.  The first time was when Mary J. Blige smacked Kendu in public at her album release party.  Remember that?

Then Mary went on Wendy and the two “joked” about how they were both cocaine addicts and how she was out to dinner with Mary and her husband and Mary J got “the shakes”.  During that same interview Mary was very real about her relationship.  she explained that she and her husband did have problems and she would be lying to her fans if she said that didn’t.  You have to respect Mary for always keeping it real.

Then a few years later, after cheating allegations surfaced again.  Mary J went on record saying that she did no want her husband having relationship with other women.

“All females for me, all guys for him,” she says, sternly. “There’s none of that, ‘Oh, that’s my female friend. Oh, that’s my guy friend.’ No. Not in a marriage, I’ve never seen that work… Being a single person and an artist, there’s a lot of selfishness that you don’t even know you have. Being a wife, it’s not all about me.”

KENDU WANTS IT ALL!!

Despite Mary J Blige’s superstar status, she doesn’t have a lot of money.  She is only worth $10 million which is shockingly low.  She doesn’t have any children which leads us to believe drugs, alcohol an Kendu have been spending up all her money.

When Blige filed for divorce, she asked the judge to block (Read More)