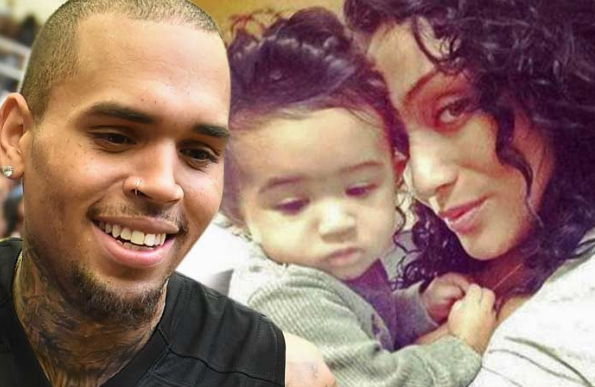 Nia Guzman Slams Chris Brown On Instagram, Tells Him He Needs To Take Care Of His Family Before His Freeloading Friends! The war between Nia Guzman and Chris Brown will probably last longer than the failed war in the Middle East. They are constantly slamming each other on social media, and the hits just continue to come.

A little over a week ago, TMZ posted a story about how Brown was allegedly cracking down on those insane house parties. He claimed that most of the time, the parties weren’t even his idea. His friends were the ones planning the parties, which would often get him in trouble.

Brown has reportedly put an end to the parties, and he’s no longer allowing strangers inside his home. His two best friends/roommates must submit a guest list to the 27-year-old singer in writing, and they must describe their guests in detail so Brown can determine if it’s worth letting them inside.

Sounds like a good start, but it’s not enough for Guzman. She doesn’t understand why Brown treats his loser friends better than his own family.

You can’t argue with that. I guess you could say that it’s possible to do both, but it doesn’t sound like that’s the case here. I’ll never understand why celebrities continue to support their friends after hitting it big in Hollywood.

Obviously, I’m not suggesting you dump your friends just because you’re famous. But once they constantly start asking you for sh-t and staying in your guest room for an entire year, then maybe it’s time you let them fly on their own.