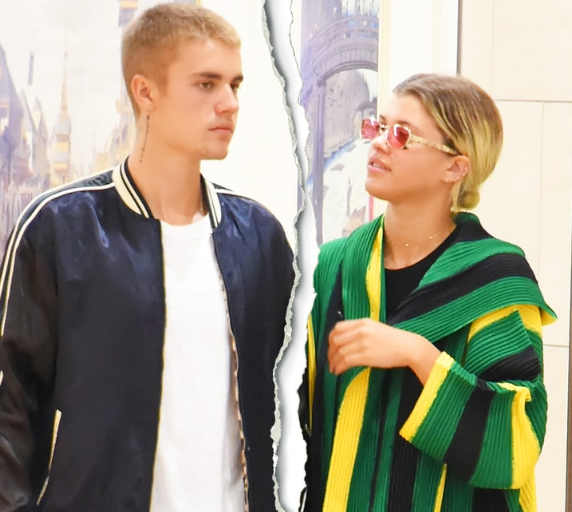 IT’S OVER: Justin Bieber Decides To Break Things Off With Sofia Richie….Get All The Details Inside! You passionate Beliebers have won. Many of you fans out there believed Justin Bieber picked his new girlfriend Sofia Richie over you. He deleted his Instagram account to protect her from all your nasty comments.

It seemed like things were getting pretty serious between them, or at least as serious as things can get with a girl who just turned 18 a month ago. They were first spotted hanging together in early August, and from there, they were inseparable for several weeks. They went on multiple dates together and had a PDA-filled trip to Mexico for Richie’s birthday.

But for the past week or two, things have reportedly been cooling off, and it looks like it’s all on the Biebs. He just doesn’t want to be in a serious relationship. It was super-hot and heavy, and because Justin doesn’t want a relationship right now, he wanted to cool things down. It wasn’t an intentional cool-off. It just sort of happened on its own.

Another insider claims Bieber and Richie were never in an “official” relationship, although, it was something Richie wanted.

That’s probably the thing that made Justin step back. Richie was pressuring him, hoping he’d commit, and he just couldn’t handle it. We say this because it’s a problem Bieber has had in past relationships. He runs away when things get serious.

The good news is that she just turned 18-years-old. She’ll find better love than Bieber. I said it once, and I’ll say it again, no one should date Selena Gomez or the Biebs. We all know they’re going to end up getting married one day. Don’t let their recent Instagram argument fool you.