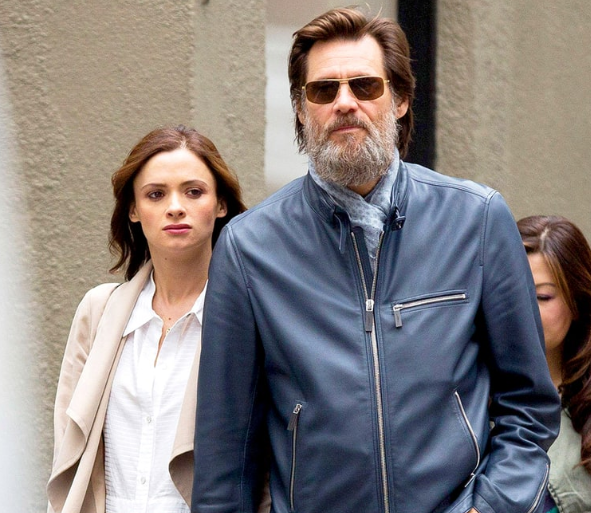 This is pretty pathetic. Jim Carrey is being sued for the wrongful death of his late girlfriend Cathriona White, and the person who filed the lawsuit is her estranged husband Mark Burton.

As most of you remember, White died in September of 2015 after committing suicide by taking a handful of prescription pills. Those pills, Ambien, Propranolol and Percocet, were all prescribed to Carrey’s alias, Arthur King.

After obtaining these drugs illegally and under a bogus name (‘Arthur King’), Mr. Carrey proceeds to provide the prescription drugs to … Cathriona White.

The documents continue by saying Carrey knew White was struggling with depression, and he should have been more aware, “The result that followed was predictable and foreseeable,” the suit claims.

Carrey and his lawyers are shocked and disgusted by the lawsuit. The 54-year-old actor released a statement to Us Weekly, slamming Burton and his heartless attempt to exploit him.

What a shame. It would be easy for me to get back in a room with this man’s lawyer and make this go away, but there are moments in life when you have to stand up and defend your honor against the evil in this world. I will not tolerate this heartless attempt to exploit me or the woman I loved.

So yeah, Carrey has no plans to settle this. He’s going to fight, and he’s going to win, because according to most everything we’ve read, he did not do anything illegal.

The medicine was legally obtained. A lot of actors use fake names to protect their privacy when getting prescriptions filled. It’s not something that’s unique to Carrey. It’s pretty common in Hollywood. The only person who might be damaged in this suit is Carrey’s doctor.

TMZ points out that “under the law physicians can’t ‘make a false statement in any prescription.’ In the past, doctors found in violation of prescribing meds under false names have lost their license and faced criminal prosecution.”

We’ll see what happens, but it looks like Carrey has nothing to worry about. Hopefully Burton drops this silly lawsuit because it’s not a good look. It’s just sad, man.