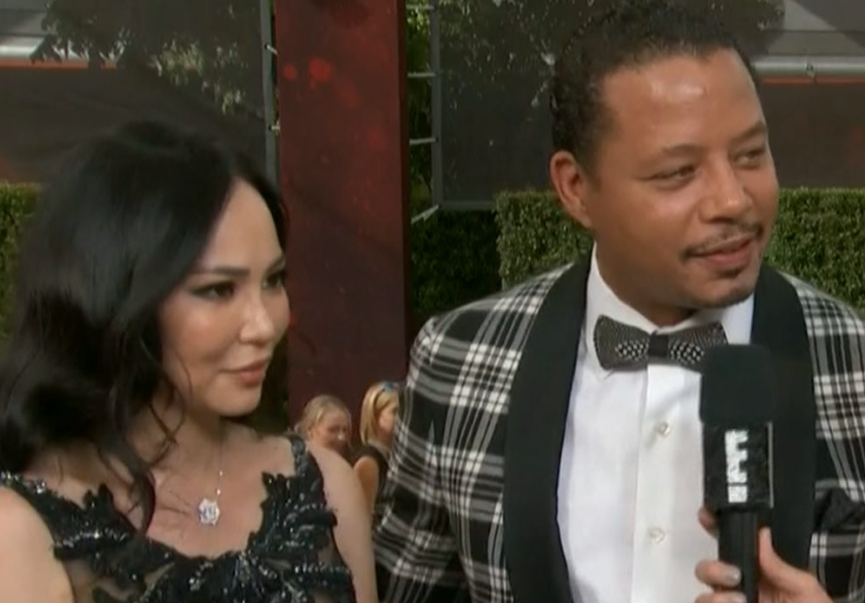 When it comes to award shows, we all know the best moments happen before the show on the red carpet, when the celebrities are less prepared for what might happen. Interviews on the red carpet are typically awkward, but the one last night with Terrence Howard and his wife made everyone feel super uncomfortable.

As some of you may know, Howard has been accused of domestic abuse before. In an interview in 2015, the Empire actor talked about the allegations, saying, “She was talking to me real strong, and I lost my mind and slapped her in front of the kids. Her lawyer said it was a closed fist, but even slapping her was wrong.”

And beyond that, Howard is known to be a difficult co-star. He’s an amazing actor, but unfortunately all signs point to him being a huge a**hole, much like his character on Empire.

Which leads us to this awkward interview. He was being interviewed on the red carpet with his wife Mira Pak by his side. During the interview, Howard was asked to describe his character on Empire, “He’s an a**hole,” he said.

And then Pak was asked if he brings the character home…

He does, quite often, actually.

Say whaaaat? She looked 100% serious too. It wasn’t a joke. This doesn’t mean he’s abusing her, but it does make you wonder. It certainly made the internet wonder. Several people jumped on their Twitter accounts to respond to the strange interview.

Why do we only hear about actors bringing home bizarre/mean/abusive characters home with them? Has no one ever voiced a delightful talking banana before and came home pretending to be a banana? If you’re going to bring your work home, at least make sure it’s positive work.