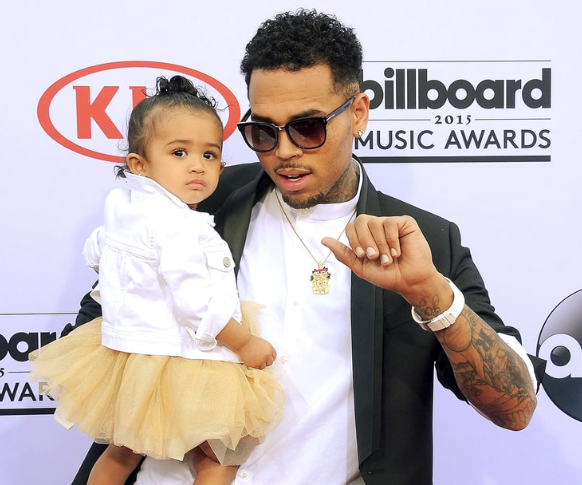 Is Chris Brown Being Investigated By Child Protective Services? Sources Say Yes, But He’s Firing Back On Instagram! (VIDEO) More Chris Brown drama? Of course. What would the world be without some Brown drama? Yesterday, all the gossip blogs reported that the 27-year-old singer was being investigated by child protective services. His baby mama, Nia Guzman, reportedly filed a complaint against him following his gun assault arrest last month.

As most of you know, a woman named Baylee Curran claimed Brown threatened her with a gun at his home in California while she was looking at a piece of jewelry. She was kicked out of the house, and that’s when she called the police, which led to Brown getting arrested and transported to a local jail.

Ah, yes. That’s a wonderful way to claim your innocence. You don’t sound like someone who would pull a gun out on a random person at all!

Anyway, the arrest made Guzman wonder if their daughter Royalty was safe with Chris. She has apparently been staying with him at his home. Sources say Guzman filed a complaint and the Los Angeles County Department of Children and Family Services paid a special visit to his home to check on Royalty.

I expect to see movement on the family law case immediately. Guzman can file an emergency petition to have the court act ‘in the best interests of the child.’

But Brown denies all this. In the deleted Instagram video you see below, the singer encourages everyone to stop with these bullsh-t rumors. He says he takes great pride in being a father and he does everything he can to make sure his daughter has the best life possible.

Check it out below. Dude looks tired.