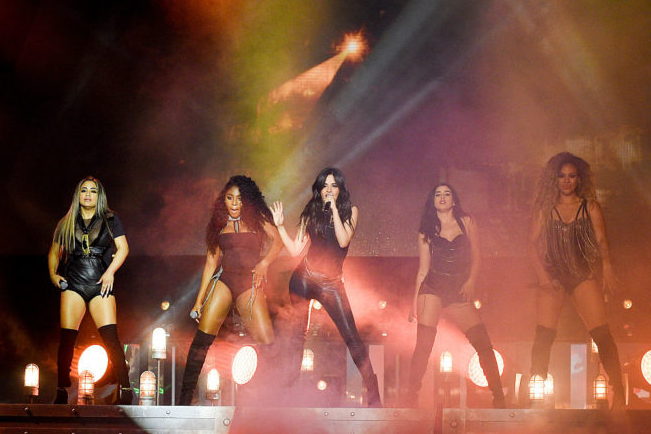 INSANE FANS: Fifth Harmony’s Ally Brooke Hernandez Gets Attacked Inside Airport, We Got The Scary Video Inside! A week ago we reported the Gigi Hadid attack that captured the internet’s attention for a few hours. We have seen fans get a little too touchy before, but Hadid’s incident went viral because she actually fought back. She ain’t got time to put up with your bullsh-t.

She trained hard for a moment like that, and now it looks like she needs to train the girls of Fifth Harmony, because their fans are all kinds of crazy.

Ally Brooke Hernandez and the rest of the gang were walking inside a Mexico airport ahead of a performance in Monterrey. Obviously, there were was a rowdy group of fans waiting for them inside, and most of them were respectful.

But one person ruined it for everyone. In the video you see below, you can see some overzealous fan grab Hernandez and try to drag her down to the ground. It was a pretty terrifying incident for the group, but thankfully their security team stepped in before anything terrible happened.

Ally is little and small don’t hurt her #727TourMonterrey also don’t blame all MTY for this, it was just one fan pic.twitter.com/4vAQWMErCX

After the video was spread around the Fifth Harmony universe, Hernandez jumped on her Instagram account to let everyone know she’s doing just fine…