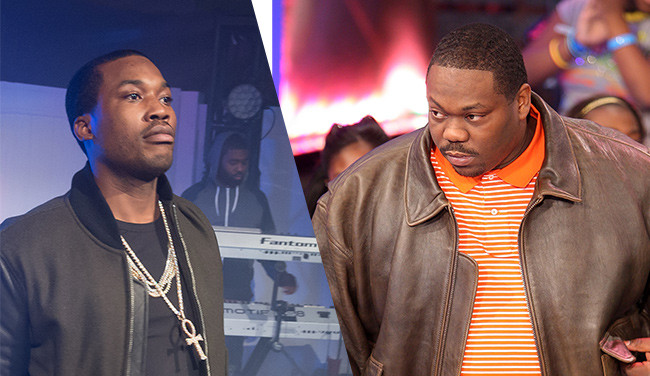 This phony beef  between The Game and Meek has now turned into Real Beef between Meek and Beans.

After rumor, turned to facts, turned to video, of The Broad Street Bully getting knocked out,  the internet was flooded with the story and Beanie thought it would be best to get his side of the story heard ASAP.

Like he said, if you don’t address the rumors long enough, they become the truth. He called up podcaster Taxstone and asked to be on the Tax Season Podcast immediately.  Then he basically verbally destroyed Meek Mill.

Beans explains what happened that night and how he was basically sucker punched.  BUT BEFORE YOU DIVE RIGHT INTO THE VIDEO…I WANT YOU TO LISTEN FOR A FEW THINGS:

BEANS SAID THAT HE WANTED TO BE ON THE DISS TRACK; THEY DIDN’T CALL HIM

When talking about the now legendary response to Game, Beanie said,

So basically he said he did the track to get close to Meek.

Stand up for the other brothers that was in the room who know that. Stop being cowards and stand the fuck up. Tell the truth, niggas. ‘Cause what don’t come out in the wash is gonna come out in the rinse. Know that.”

After Game did the Breakfast Club Show interview Beans reached out to Game and they squashed their beef:

Beanie explains how he patched things up with Game.  Game explained that he just gave Beans props on a new song that Beans never heard before so he was shocked when Beans went at him.  Beans explains,

“He said, ‘I only said your name in a legendary fashion, my nigga.   And I can’t see how them niggas manipulated you to get on a record and diss me after I bigged you up.’

I said, ‘Whoa, what you talking about?’

About the one who has my soul in his hand? I didn’t hear the record. ‘Cause I woulda never went that route. ‘Cause me and Game got a better rapport than that.”

Here are the lyrics that The Game was talking about:

Jay was in the Z, my young gunnas in the truck with it

Sigel would’ve loved it, Philly would’ve fucked with it

California state property you niggas stuck with it

Game was on the block in his beanie with a Mac

I’m what you rap niggas ‘fraid of.

Two make things easier, there are two videos.  One is just the section where Beans talks about what happened when he got hit.

The other is the full Taxstone show where Beans talks about EVERYTHING: Meek confiding in him about his relationship with Nicki, mistakes he made regarding his beef with Jay and just dropping some street Jewelz in general.

VIDEO 1: Beanie just talks the night of the sucker punch