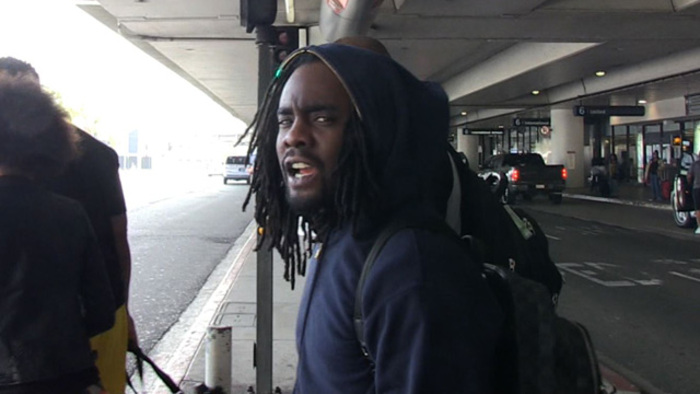 WE GOT THE BACKSTORY! Watch Wale Slap A Take Out Container of Food From a Girls Hand. Now He Explains Why. “Rest In Peace To Your Food Sweetheart”. (2 Videos) Yesterday a video of Wale went Viral.  It might have more views then last single.  The video shows a few things very clearly.  The group was walking out of Bootsy Bellows on Tuesday night.

In the video can see Wale walking up to the two women (one white & one Asian – which is important later), and the blond hair one says, “Are you really following me” and then blows smoke in Wale’s face.

When someone blows smoke in your face that is basically saying any of the below:

Wale then did what anyone from DC would have done in this case.  He couldn’t hit a lady, but her food….oh her food was fair game.

Like anyone who had their dreams of leftovers crushed, the Asian girl lunges at Wale.   She is held back and so is Wale.

THE GF OF THE GIRL EXPLAINS WHAT REALLY HAPPENED (She leaves out the racist part tho’).

So the girlfriend of the blond girl is named Bana Bongolan.  She happens to be a fashion designer, and she goes to TMZ and explains her side of the story but appears to leave out the part that got Wale upset.

She says that she was being called out on World Star so she felt she had to provide her side of the story….but it doesn’t make any sense.

She explains she called some guy fat (later Wale says it was a girl).  She explains what food was in the take container, but she doesn’t say exactly what happened….but then Wale does.