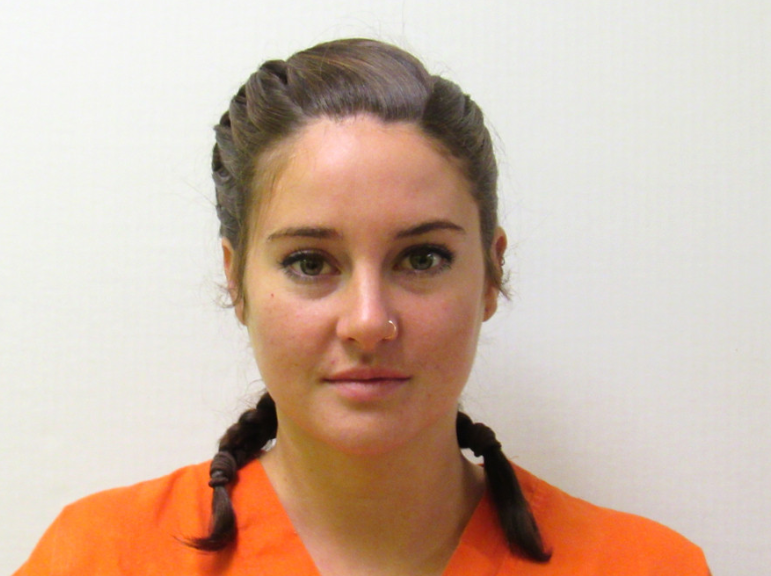 Shailene Woodley Was Arrested, And She Recorded The Entire Incident For Her Facebook Fans (VIDEO) You read, “Shailene Woodley was arrested,” and you start to think we lost another one. One more celebrity who couldn’t handle the pressure of Hollywood. Lindsay Lohan all over again.

But no, Shailene Woodley didn’t have a mental breakdown. She didn’t steal anything. She’s not on drugs, and surprisingly this arrest has nothing to do with her involvement in Allegiant. Woodley was arrested for a pretty neat reason.

The 24-year-old actress was peacefully protesting the Dakota Access Pipeline on Monday when she (and several other people) were arrested for trespassing. She captured the entire incident on video and streamed it on her Facebook page. You can check out the recording of the live event in the video at the bottom of this page.

During a particularly scary moment, the camera was facing the wrong way and Woodley tried to give her fans an idea of what was going on:

“I don’t know if you guys just heard me, but I was walking back to my RV, which is right there so that we can go back to camp peacefully and they grabbed me by my jacket and said that I was not allowed to continue. And they had giant guns and batons and zip ties and they’re not letting me go.”

She was one of the first people to be arrested, and when she asked the cop why, he told her it was because she had been identified. Woodley made it clear in the video that she believed she was being arrested because she had over 40,000 people watching her online. They wanted to shut her down before anyone else.

“So everybody knows…we were going to our vehicle which they had all surrounded and waiting for me with giant guns and a giant truck behind them just so they could arrest me. I hope you’re watching mainstream media.”

So what exactly is Woodley fighting for? Well, protesters have been trying to block the the construction of a massive oil pipeline in North Dakota. They believe the construction will disturb burial grounds, and they are worried about the potential environmental impacts because the pipeline will run under the Missouri River, which is where the The Standing Rock Sioux tribe gets their water.

Several celebrities have went on their Twitter accounts to show their support for Woodley and the tribe.