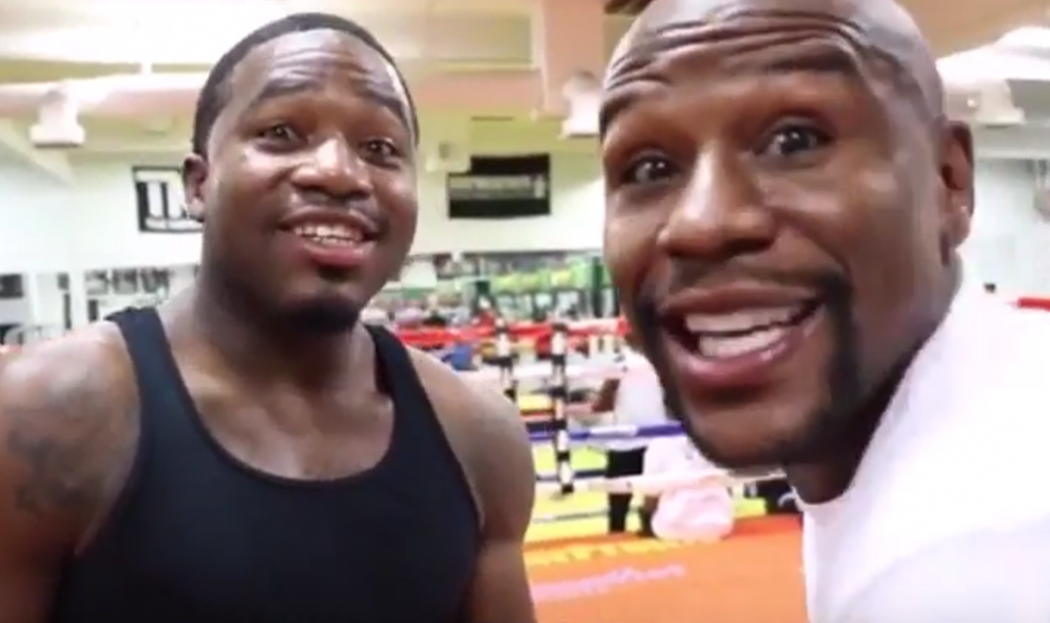 Floyd Mayweather Reaches Out to Adrien Broner After Broner’s Suicidal Posts. Why Broner Wanted to Kill Himself and Video of Floyd & Adrien Together again Inside (Video) 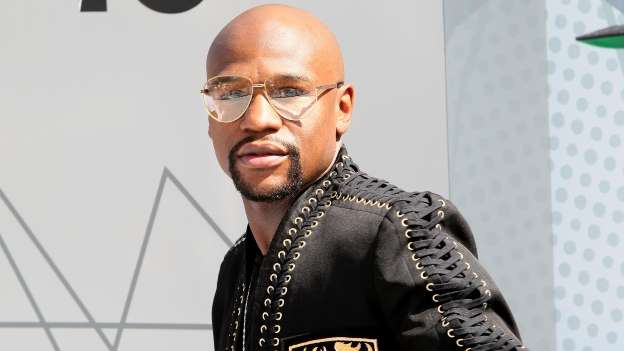 Floyd has been facing some major backlash over the last week specifically from T.I. I realize that’s not why you came here but if you missed it, I posted it at the end.

There is nothing worse than clicking on a story and not getting what you came for…FIRST.

ADRIEN AND HIS SUICIDAL COUNTDOWN

This was a real thing. Adrien took to his Instagram account and made several posts hinting that he was actually going to kill himself. It appears just 2 weeks ago, he created a post detailing all the problems that he was going through. The 27 year old posted the following on Instagram 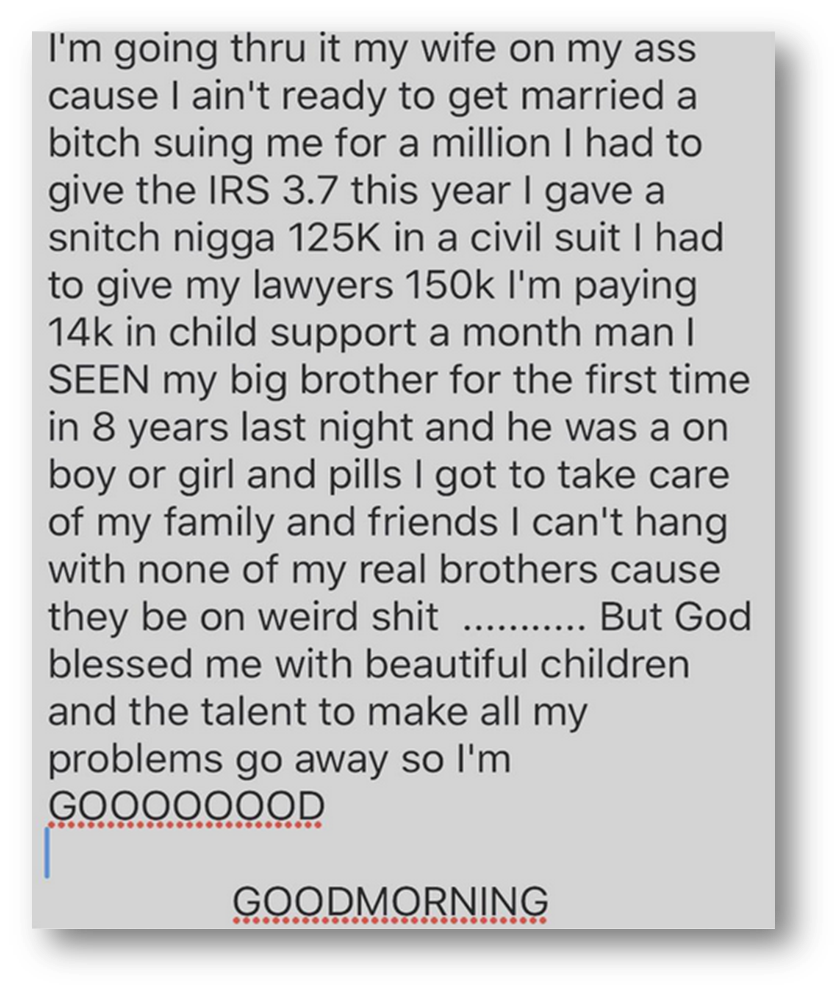 Then on Wednesday of this week the suicidal posts began: 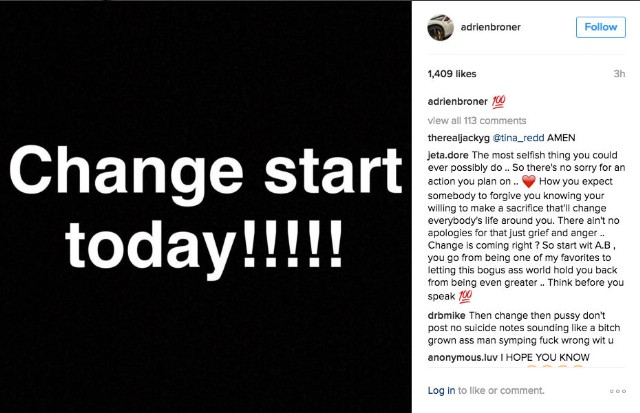 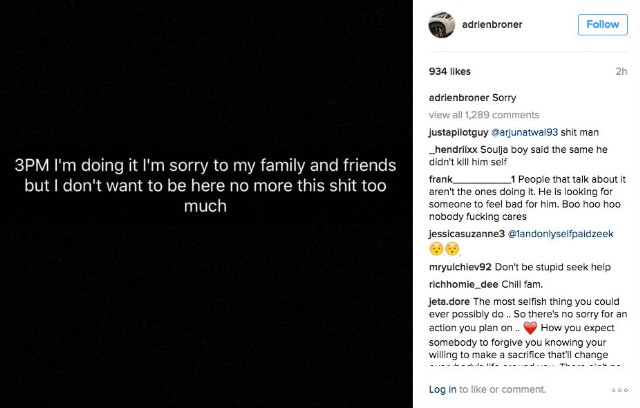 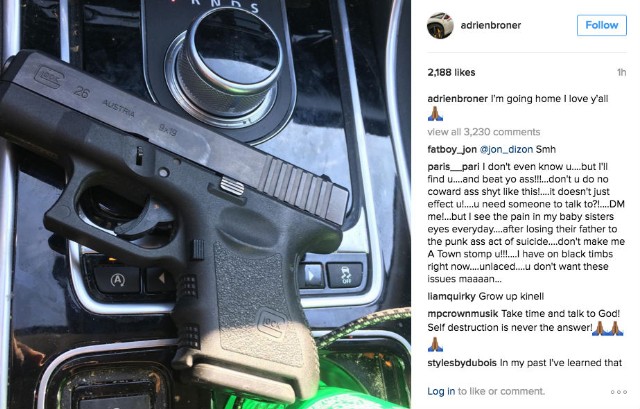 NOTE – Posting Suicide notes on social media will bring out the haters and the trolls by the thousands. Also being a d-bag 98% of the time doesn’t help either.. Just look at some of the awful comments.

@jimmy_j_boxing says: When I saw the post with the gun I prayed.. please god, give broner the courage to pull the trigger
hasan_a_khanWish you would have killed your self … cunt

@isiahinthetrap says: Boo boo ass bitch, stuntin for attention. You were tryna get publicity for this, but it just made nobody like you.

@takilo_eberhart says: Somebody give him a rag, not for his eyes he need it for his panties n sh*t. F$#@t sittin down pissin instead of standin n [email protected]

There are literally hundreds and hundreds of comments like these.

FLOYD TO THE RESCUE

The last we heard of Floyd and Adrien was this video from a post on TVST that received well over 227K visitors. It was Floyd Clapping back at Adrien for comments that he made about Floyd.

Floyd has gotten passed that and decided to make sure that Adrien’s posts were not a publicity stunt.
According to TMZ, Floyd’s rep said that he saw the posts on Instagram and reached out to Adrien and asked him to come to his place in Vegas and hangout with him until he was feeling better.
From the videos (which Fight Hype has spliced together), the two are turnt-up in Vegas. Broner looks’ happy and Floyd is in full mentor mode. 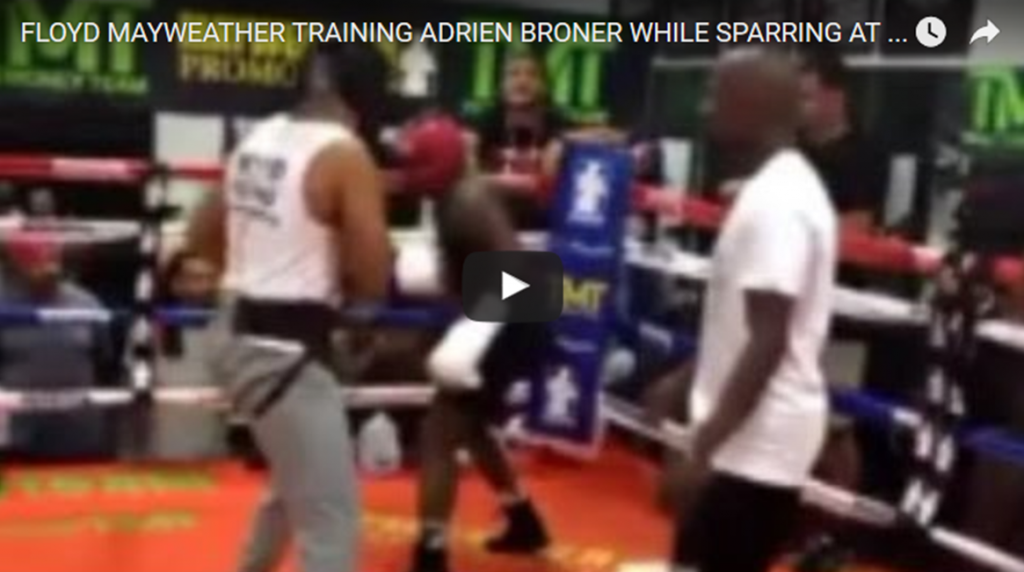