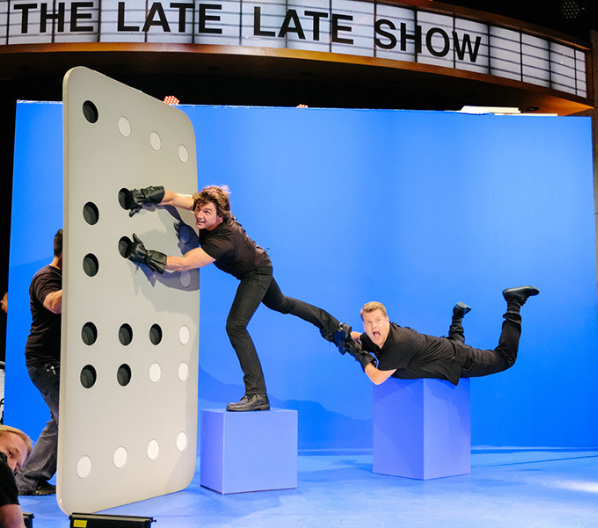 Take A Trip Down Tom Cruise Lane: James Corden And Cruise Act Out His Films In Hilarious ‘The Late Late Show’ Skit (VIDEO)

Tom Cruise might be connected to some strange cult (religion?) but if you can just forget about Tom the person and focus on Tom the actor, then you’ll really enjoy the video above.

Cruise has been in the business for over 30 years and he has starred in too many classics to count. The dude makes money at the box office, and on Wednesday night’s episode of The Late Late Show, the 54-year-old actor joined James Corden to make a sorta Evolution of Dance skit focused on his extensive career in film.

They started with Top Gun, and they both dropped the classic line, “I feel the need, the need for speed,” and then quickly transitioned to Days of Thunder.

The whole thing is actually pretty impressive. They pulled out props, did some stunts, danced, remembered all their lines. Corden is probably the most talented late night host in the game right now.

We don’t like spoiling these videos by telling you every single thing that happens inside them; however, we feel like it’s important you watch out for the 3:45 mark. A special guest comes out to help Corden deliver his line. It’s one of the best moments.

Pretty crazy how great Cruise looks. Dude will be 60 in just six years and he still looks better than most 30-year-olds.