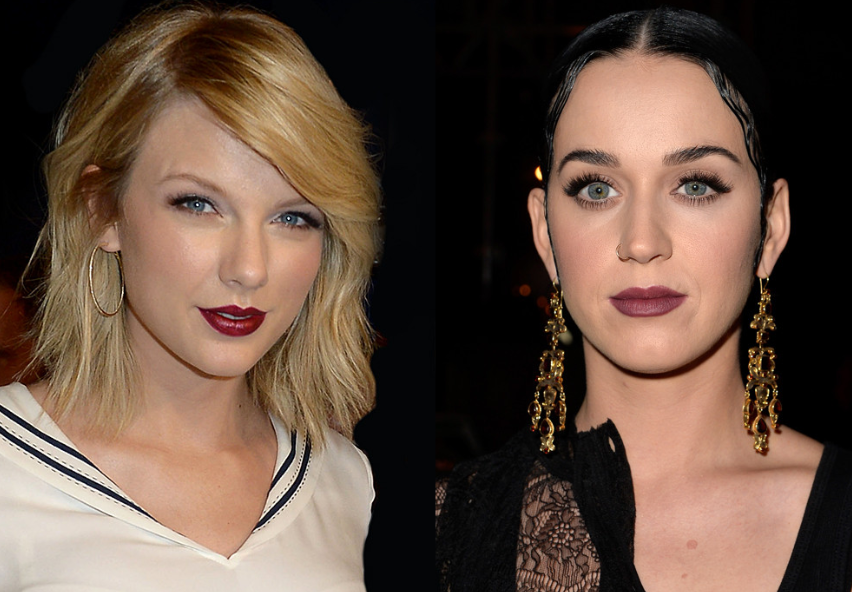 The bad blood continues to pump through the bodies of Taylor Swift and Katy Perry. As some of you might have heard, the two stars were in the same room during Drake’s birthday party earlier this week. They were able to avoid each other, but we have to imagine it was super awkward, especially when you throw in the fact that their mutual ex John Mayer was also there.

It appears the (almost) meeting reminded Perry of how much she dislikes Swift. The pop singer turned 32-years-old on Tuesday, and to celebrate, she went to Kanye West’s concert in Los Angeles.

During the concert, she pulled out her phone to record a special moment during West’s ‘Famous‘ song. When the rapper got to the line, “I feel like me and Taylor might still have sex, why? I made that bitch famous!” Perry made a funny face and got reaaaal close to the camera.

She said everything we need to know without saying anything at all.

Honestly, the beef is a little sad now. They should be able to let it go by now. For those who don’t remember, the beef was prepared in 2014 when Swift claimed to Rolling Stone that Perry “basically tried to sabotage an entire arena tour” of hers by trying to steal her backup dancers.

And from there, they have been taking shots at each other every chance they get. Taylor Swift even wrote a song about it. They need to work this out. They’re getting to be too old for these games.