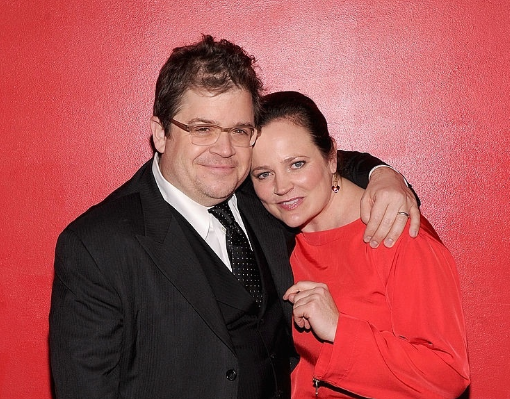 Patton Oswalt Talks About His Wife’s Unexpected Death, And Explains What He Thinks Killed Her Late last month, Patton Oswalt talked about the shocking death of his wife, Michelle McNamara, for the first time in an interview with Conan O’Brien. It was emotional, dark and also funny, which is what we’ve all come to expect from the comedian.

But even during the interview with Conan, Oswalt clearly wasn’t ready to share any details from that tragic day. He focused more on his love for his wife, and talked about how their daughter was handling the death.

Now, just one month later, Oswalt is ready to talk about it. In a new interview with The New York Times, he revealed that he believes she died from an accidental overdose.

“I have a feeling it might have been an overdose,” he said in the interview. He explained that Michelle had been extremely stressed over a book she was writing. She wasn’t getting much sleep, so she took some sleeping pills before bed and never woke up.

When he woke up that morning, he took their 7-year-old daughter to school and returned home at around 9:40 in the morning to find Michelle still sleeping.

After doing some work in his office, he returned to the bedroom three hours later and discovered his wife was not breathing.

“I was literally blinking trying to get out of this. I found out the hard way these past few months that alcohol really doesn’t help. I’ll never be at 100 percent again, but that won’t stop me from living this.”

He seems like a great dude and a wonderful father. I’m sure he was also a great husband. We continue to wish him all the best. He’s probably helped thousands of people with their depression by performing on stage and making them laugh.

Hopefully someone returns the favor.