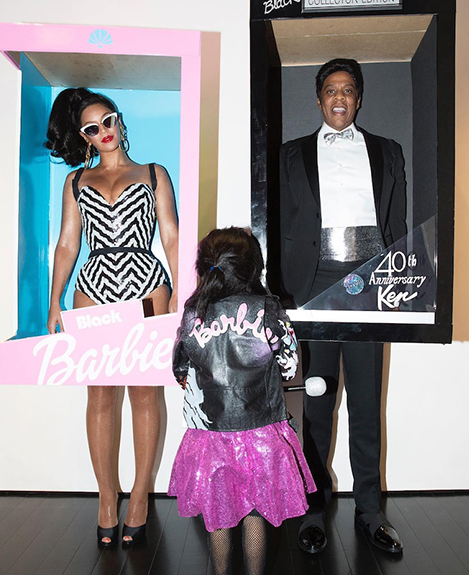 Halloween 2016: See What Your Favorite Celebrities Were Wearing…There Were Some Outrageous Costumes This Year! (PHOTOS)

Halloween 2016 is over. It doesn’t matter if you’re still eating candy for breakfast. Halloween is done and you need to get your life together. Throw in a banana or something.

I’m not sure how you celebrated last night, but I had a wonderful night ignoring the doorbell. There is nothing I love more than disappointing people. I dressed up as someone who pretends not to care about anything, which means I wore my normal clothes.

You don’t want to be like me. I don’t know how to have fun. You want to be like the celebrities you see below. They went BIG for Halloween 2016. Gossip sites are known for exaggerating things, but the costumes this year were the best we have seen in at least one year.

We got our top picks below. Let us know what you did for Halloween. Or don’t…there’s no pressure. You can also tell us to f**k off. We understand. Heidi Klum And Her Klones Beyonce and Jay Z as Barbie and Ken Jacob Tremblay as a mini Maverick Katy Perry and Orlando Bloom as Bill and Hillary Clinton Amy Schumer And Her Boyfriend as Dustin and Eleven from Stranger Things. Nina Dobrev as the horse from The Revenant. Kelly Rowland as Dionne From “Clueless” Matt Lauer as Jerry Seinfeld with the Puffy Shirt