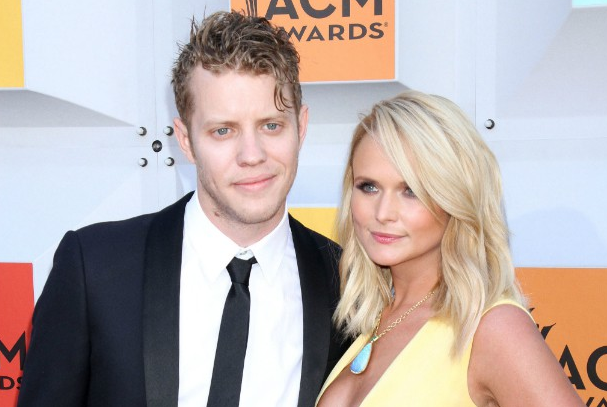 Country music superstar Miranda Lambert tries her best to stay away from social media. She’ll occasionally update her Instagram, but she doesn’t like to get too personal with it. And we can’t blame her because the internet is a terrible place filled with angry people.

And those angry people love to attack celebrities. This week, Lambert made the mistake of actually sharing a happy moment with the world.

The 32-year-old singer posted the photo you see below, and she started off her caption with this:

“Every now and then I decide to re-join the world of social media and post something really personal. Not promoting anyone or anything. Not selling a better version of myself to anyone or trying to look cool like we all do all the time.” How sweet, right? You’re thinking this is going to be some adorable message to her fans, but naaaaaah. Sh-t got real serious as she continued her post.

You see, before she posted this photo, she posted a photo on Wednesday night showing her and her boyfriend, Anderson East, all dressed up for their journey down the red carpet for the 2016 CMA Award show.

And when she read the comments on that photo, she was disappointed to find out the internet hadn’t changed…

“I was excited about the night and posted a picture. Just now when I looked I realized so many comments were judgmental and negative. Cowardly people hiding behind a keyboard or a cell phone writing their useless comments about our eyes and clothes and body language. What a bunch of bulls–t. Thank y’all for reminding me why I read books, write songs, and spend most of my time with animals and people I trust and love.”

She finished her message with a Maya Angelou quote. You can read the full message by clicking here. Miranda is probably making the right decision by trying to avoid the internet. Judging by how many times she has cried on stage, she seems like an extremely emotional and caring person.

The internet ain’t about that life.