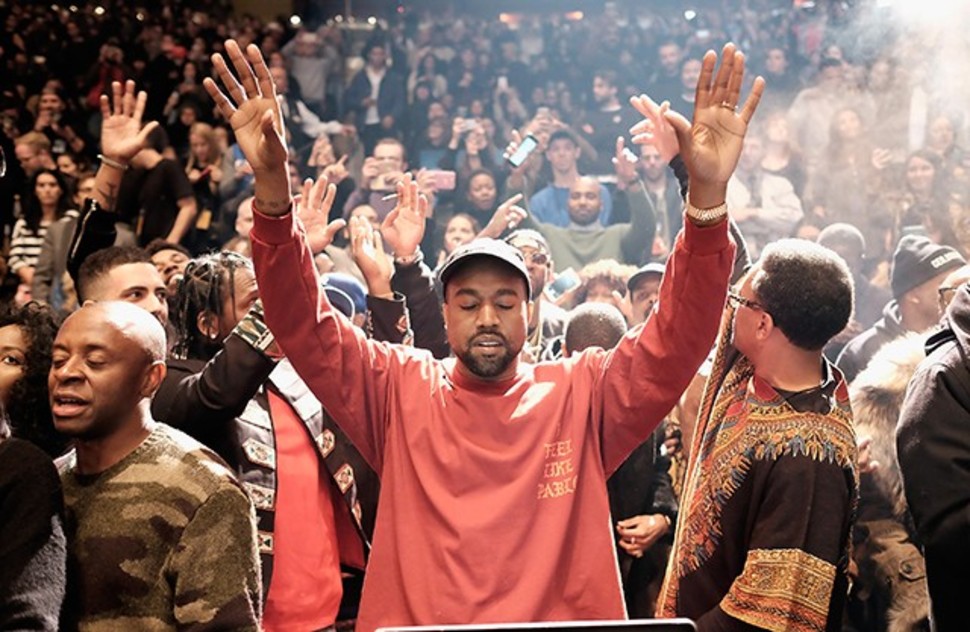 Super Yeezy! Watch Kanye Rush To Save a Screaming Fan Who Nearly Falls From the Balcony! (Video)

While everyone has been talking about Kanye canceling his show mid-concert, because he lost his voice, very few have showed some positive Yeezy.  We are here to save the day, but first and update on some of Kanye’s current issues…

KANYE IN TROUBLE WITH TICKETMASTER BUT NOT FOR CANCELLING HIS SHOW

Yesterday we posted the story about Kanye getting hit with the “Boos” when he told the audience that he was stopping the show …well uhhh…in the middle of the show, but if you listen closely, he said something that he should not have said……Listen!

That’s right, he said that he was giving fans back their money.

“Turn the lights up, show’s over. I can’t let ya’ll have a show where I can’t perform. I’m sorry,

I can’t let you have a show where I can’t perform for you,” he told the crowd, adding, “I’ll give everyone a refund, I’ll do better next time.”

Ticketmaster, the company in charge of the ticket sales for last night’s show, has confirmed that Kanye “doesn’t have the authority to issue refunds,” reports TMZ. Apparently the company is working with The Forum on working out “some kind of solution” for the upset concertgoers, who have reportedly been jamming their phone lines all day. Ticketmaster says ticket holders should expect an email some time in the next 24 hours. Unfortunately, a full refund to everyone in the arena, as Ye had promised, sounds like it’ll be too good to be true.

NEVER TOO STRESSED TO SAVE A FAN!  SUPER YEEZY TO THE RESCUE

This week we got a chance to see another side of Kanye!  A super concerned Kanye that was willing to sacrifice hs body to catch another adult from falling from a balcony.

You can see a seemingly calm Kanye walking with a small entourage when he approaches a balcony.  The group of people on the balcony get so excited to catch a glimpse of Ye that they begin pushing each other so much a fan almost topples over.

A super and genuinely concerned Kanye rushes to the fans aid, willing to put himself in bodily harm to save a life if need be.  (I know it’s dramatic).  Then Ye tells the fans to calm down and back up.

All in a days work.