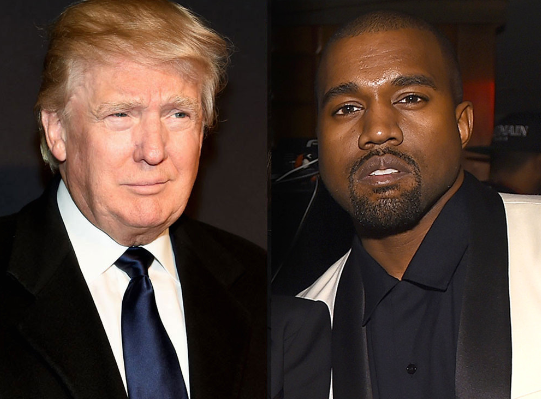 Kanye West Shocks And Disappoints Fans During Concert, Claims He Would Have Voted For Trump And Says We Need To Stop Focusing On Racism (VIDEO)

Kanye West has started the second leg of his Saint Pablo tour, and he kicked it off in classic Kanye style by ranting about life and politics for over an hour. In fact, audience members claim he only performed four songs and ranted for the majority of his set.

This statement was met with a few cheers and lots of boos. He called Trump a “f**king genius” during his rant and then urged black people to stop focusing on racism.

Because America is and will always be a racist country…

“Specifically to black people, stop focusing on racism. This world is racist, OK.… It’s just a f**king fact. We are a racist country.”

The people at the show were giving live updates all night on Twitter, and most of them seemed pretty annoyed that West was ranting about politics instead of performing his songs. After all, West is offering a form of entertainment and it’s designed to distract us from terrible things like the election.

We’re sure many people went to his concert for an escape. One Twitter user reported that people were leaving in the middle of the show. During the rant, West also claimed once again that he’s running for president in 2020. A message most of us laughed at when he first said it during the VMAs last year, but now that Trump has been elected, we can see how dangerous it is to simply laugh someone off.

West is pushing his limits here. People love him, but for how long? You have to give the people what they want, and they don’t want an hour of election talk during a f**king concert.

You want to talk about this sh*t? Have a conversation after the concert with the people who actually want to stay and hear it. It’ll be more effective that way, because I guarantee you no one was truly listening to the words you were saying last night.