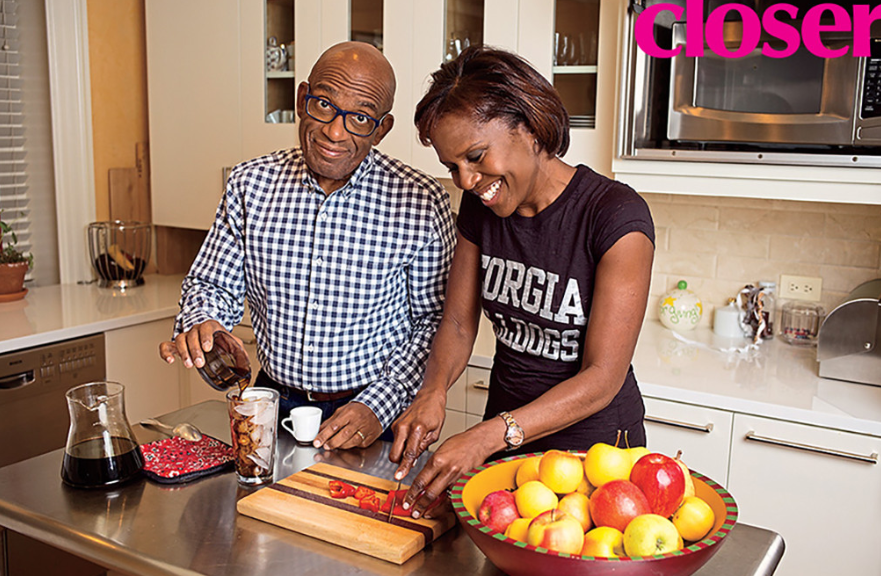 See How Al Roker And His Wife Deborah Are Living: A Rare Look Inside His Upper East Side Brownstone (PHOTOS)

If you are planning a wedding outside and want to know what the weather will look like in seven days, there are more appropriate meteorologists to ask than Al Roker. No one likes Roker because he gives the most accurate forecast. People like him because he’s funny, sweet and lost a lot of weight, which makes him relatable to 90% of America.

For those who don’t know, Al is married to TV journalist Deborah Roberts. They’ve been married since 1995 and seem happier than ever with each other.

And just recently, they made a huge move. A move the 62-year-old weatherman has been wanting to make for a long time. He and his wife are now proud owners of a brownstone in New York City.

“I saw them on ‘The Cosby Show’ and across from my high school. I always thought that was real ‘New York living’ and a nice thing to have in the city.”

The beautiful piece of property, located on the Upper East Side, has five floors, four bedrooms and four bathrooms. Roberts told the magazine that Roker would talk about his brownstone dream a lot when they were dating, “I’m more of an apartment-with-a-doorman girl.”

But obviously, she’s not complaining. How could she? This place is gorgeous,  “He kind of had me at ‘hello’ with this one,” she admitted.

“We wanted a bigger kitchen because Al loves to cook, and the basement was just a cement dungeon.”

Look at how happy they look. How can you possibly talk smack about this? F**k you, Al. I hate being nice. How dare you warm my heart with that beautiful smile.