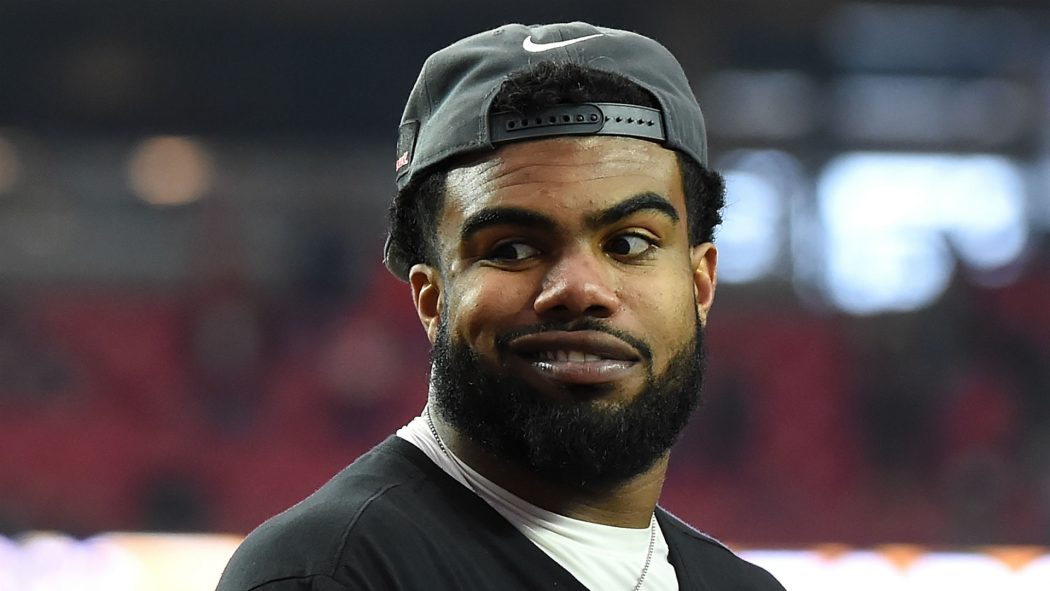 DICK’S Sporting Goods’ Jersey Report Has Ezekiel Elliot Leading the Pack. Here’s Why The Cowboys Bank Harder Per Every Jersey Sold Than Any Other Team in the League This post brought to you by DICK’S Sporting Goods . The content and opinions expressed below are that of TV Smack Talk .

Believe it or not, I’m not a Cowboy’s fan (everyone seems to be this year), but having gone to the same high School at the same time as Ezekiel’s Dad, Stacy Elliot, I am a fan of their newest 1st round draft pick.  It appears that I’m not alone. There was a lot of speculation surrounding Ezekiel and how well he would perform in the league, but he appears to be living up to the hype.  This Thanksgiving, Ezekiel scored twice, matching Emmitt Smith’s rookie rushing record of 11 touchdowns.  I’d say he’s doing pretty well being just 10 games into the season and his Jersey sales are a reflection his performance.

THE REPORTS ARE IN! DICK’s launched their Jersey Report 5 years ago.  The data compiled is based on online and in-store sales and allows you to quickly see who is dominating the charts.  As you can see players are not just stats, but personality on the field, off the field and in social media. By sorting the data by position or by team and also being able to see the results week by week, over the last 30 days and the entire season, you can see how well your favorite player is progressing.

As you can see, with these latest two scores and some sideline fanplay, Elliot has moved up from the number 2 position last week, to the number one slot.   Fan’s love Elliot and Elliot loves the fans!

HOW THE COWBOYS BANK HARDER THAN OTHER TEAMS

This season the Cowboys have already sold more Jerseys this year than their entire 2015 season.  Between Elliot, Prescott, Dez Bryant and Jason Witten you can see this week they have taken over New England for that top position in Jersey sales. The Cowboys capitalize on this more than other teams because they are the only team that actually has their own distribution.  Meaning, they do not have to pay any middle man for merchandising.  Cha Ching! After paying Royalties to the league, all other funds generated by Jersey sales go directly to the team.  For the 10th year in a row, Dallas maintains it’s position as the most valuable team in the league and their apparel sales is a key piece of this valuation. Although television ratings for the NFL are in decline, Jersey sales across the entire league are at an all-time high! Even for Giants fans!!