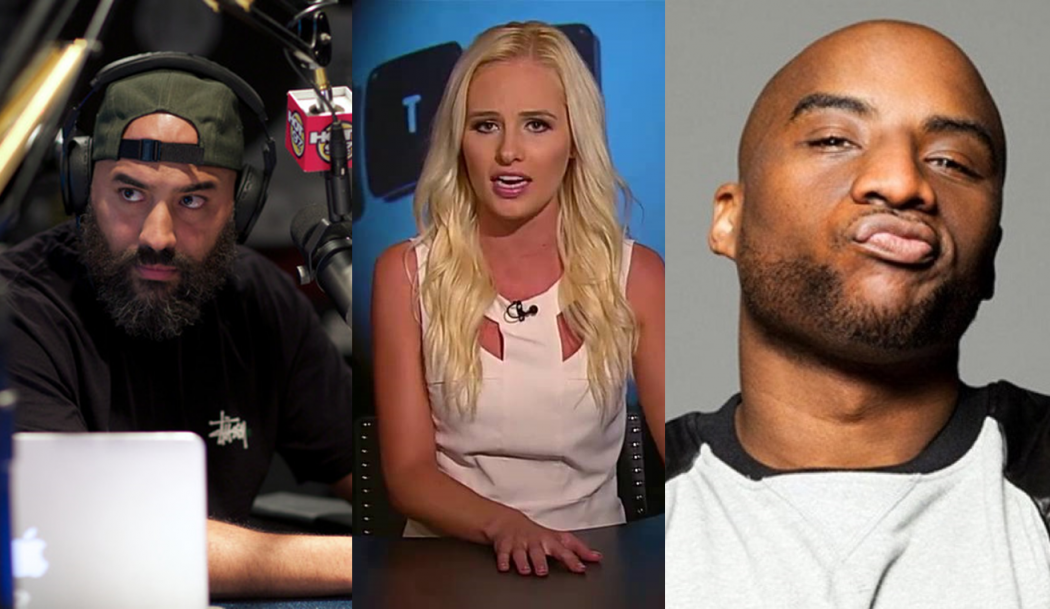 Tomi Lahren……where do I start?

You might only know who she is from social media and that’s because her rants against Democrats are shared by Republicans almost on a daily basis.  Well last week, Trevor Noah did a remarkable job calling Tomi Lahren out on her past, harsh, judgmental commentary.

Trevor did such a good job, remaining cool and calm while calling her on her contradictory behavior.  He had people cheering in the streets. I think even John Stewart had to be impressed with his interview.  And Then……

TREVOR HAS DRINKS WITH TOMI And then we find out that the two had drinks after the taping of the daily show.  The two are spotted by TMZ, having a night cap at The Bowery Hotel.  Noah was there basically building her brand.  Getting photographed having drinks with Noah did way more for her and her image then it did for Noah.

The very next day, Lahren is seen with Charlamagne Tha God.  They were  key-keying it up for the camera.  This is Charlamagne who made Lil Mama cry.  Charlamagne the self-proclaimed God, Mr. judgmental himself is hanging out with Lahren.  Yes, two people can disagree and still be friends. It happens every day.  But when two people disagree on your core values and fundamental way of life, that’s a little different.  When one person, uses their platform and basically their entire existence is sustaine on belittling a race and/or political party, then it’s tough to be friends

Charlamagne went on Tomi’s show with the hopes that she would return the favor.  After Trevor handed her, her ass, Tomi and her team decided it didn’t make sense for her to do the Breakfast Club.  Therefore Charlamagne exposed his audience to her and her show and she does nothing in return.

Pictures, smiles and laughs with both men instantly trivialize their passion against her.  If they were really that passionate, would they be hanging out with her?  Then to top it off, she brags about how she held her own on The Daily show in a video that now has 3.5 million views  and 55000 shares. >>HIT NEXT TO SEE THE REST OF ROSENBERG’S TWEETS & EBRO’S VIDEO!<<