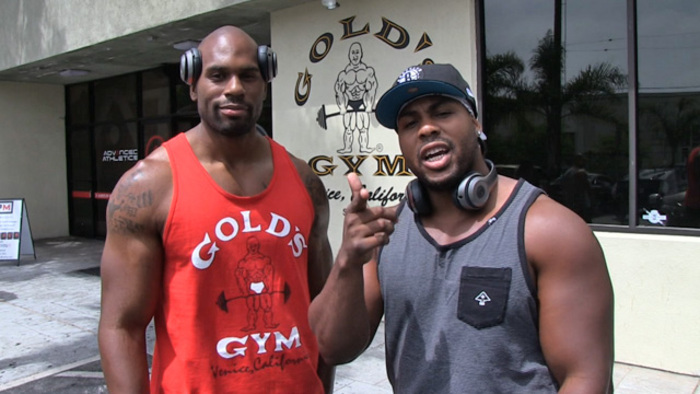 The Shad Gaspard surveillance Video is Released! Watch the 6ft 6 inch Friendly Giant SLAM and Dis-arm the Robber! (VIDEO in and out of Store) This is one of those rare times where the celebrity tells the story and the video actually matches the narrative.

I think people are finally starting to understand that just about everything we do is caught on tape.  You can’t pick your nose at a stop light without it showing up on someone’s snapchat. There is video being taken everywhere all the time, especially in a convenience store.

When the story first broke, it sounded to fake to be true.  TMZ reported,

“According to police, the suspect appeared to be drunk, walked up to Shad and said, “Hey man, buy me a beer.” When Shad said, “There’s a better way to ask than that” … police say the suspect whipped out his firearm.

The store clerk says Shad quickly shoved the suspect against the cooler door, grabbed the guy’s gun and it fell to the ground.”

As Shad tells the story himself, he is SUPER CAREFUL not to overstate the fact that the suspect didn’t whip out his firearm.  Instead he pulled up his shirt and showed Shad that he was carrying.  O-dog in Menace style.

Here is Shad in his own words.

As you can see, whipping it out and lifting up your shirt are two completely different scenarios.  In fact, after watching the surveillance tape, you can see that almost at no time is the 6 ft 6 inch giant in harms way.  As you can also see – I’m sure the suspected robber is probably still recovering from that body slam to the concrete.

Although the story is great and the actual footage backing the story is even better, it might be hard to prove the suspect had intentions to actually rob the store although he was officially charged with armed robbery.  Either way I’m sure he is feeling the pain of that concrete slam today.