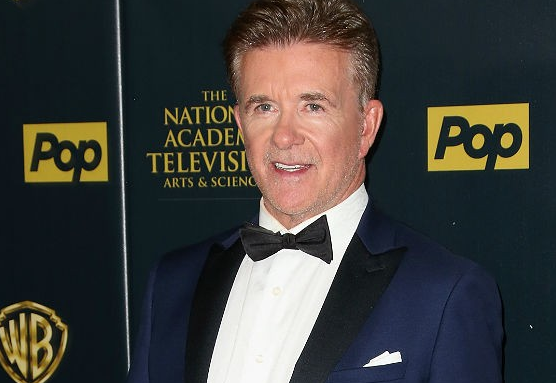 Alan Thicke Was Reportedly Joking With Friends Just Minutes Before His Death: “No One Believed He Was Seriously Ill” We are sure you have heard the news by now. Alan Thicke, best known for his role on Growing Pains, died yesterday while playing hockey with his 19-year-old son, Carter.

The death was a shock to everyone. Alan seemed to be in almost perfect health for a 69-year-old man. He was always staying active, and he kept himself busy with work. He had just finished guest starring on the new season of Fuller House and NBC’s This Is Us.

According to the reports, Alan was with his son Carter at Pickwick Ice in Burbank, California. They were playing some hockey and enjoying their time together. It seemed like a normal Tuesday morning for everyone inside the place.

Actor Michael Vartan was there, and he told TMZ that he was joking around with Alan just minutes before his death. They were talking about the quality of the coffee at Pickwick, which was apparently only slightly better than muddy water.

Not longer after their chat, Vartan noticed that Alan was sitting on the bench with several people surrounding him. He thought Alan had fallen on the ice and was simply resting. No one believed Alan was seriously ill, according to this report from TMZ.

“He had complained he didn’t feel well and had chest pain, but the people at the rink say he was alert and no one thought it was life-threatening. Carter, Alan’s 19-year-old son, apparently felt otherwise and asked someone at the rink to call 911.”

And even as he was being wheeled out on a stretcher, Alan was still making jokes. He asked his son to take a picture of him to capture the moment. Carter snapped the photo for him, and that was the last photo he would ever take of his father.

Alan died a short time later at the hospital. Our thoughts go out to his friends and family.